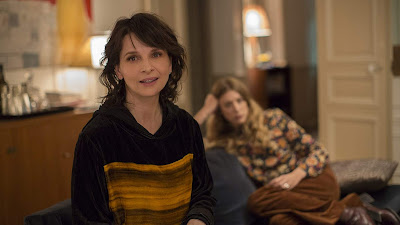 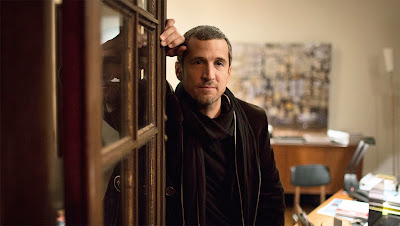 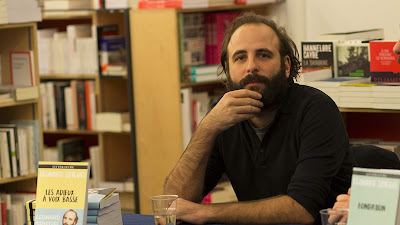 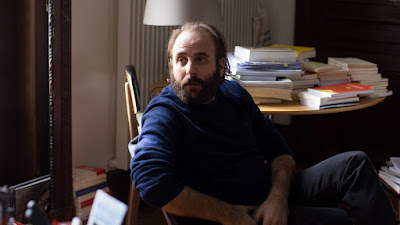 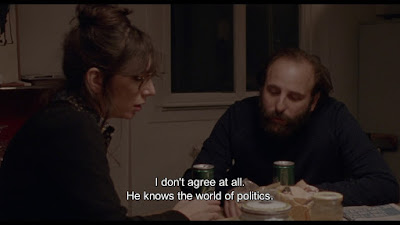 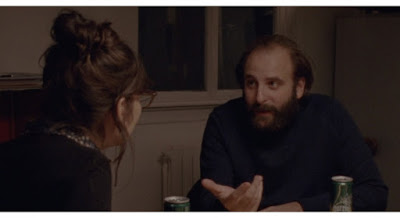 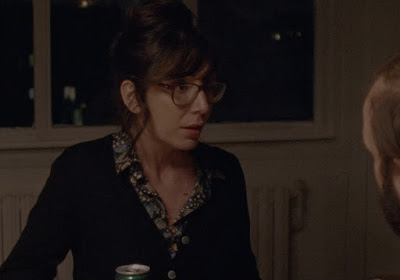 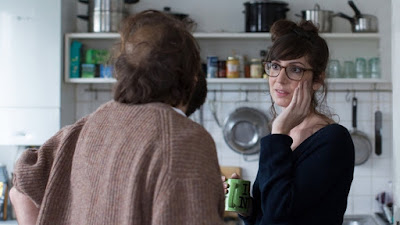 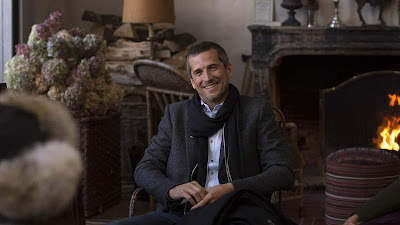 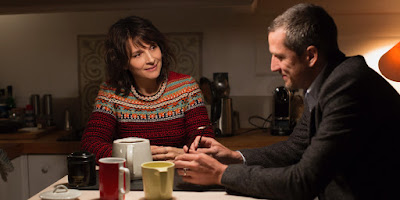 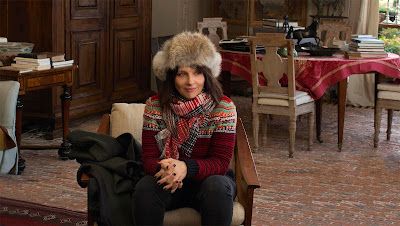 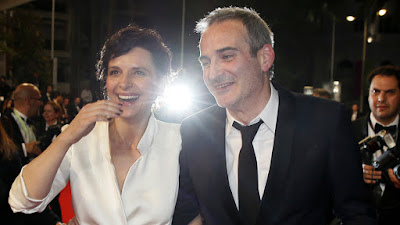 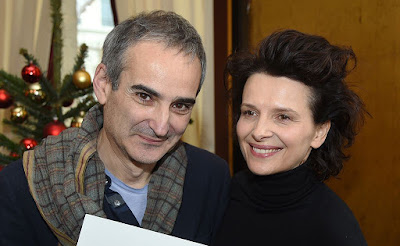 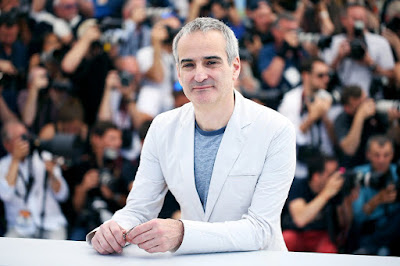 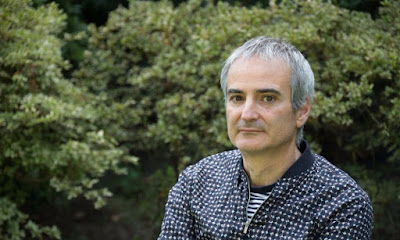 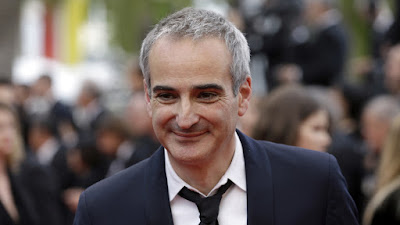 Arguably the director’s weakest film, a bungling attempt to offer something important to say about the changing digital landscape, yet for all its chattiness and endless conversations about the publishing business, it becomes clumsy and wretchedly monotonous, playing a viciously circular game questioning the future of books, newspapers, and even the existence of libraries themselves, all supposedly replaced by digital content that will render the printed page meaningless.  Disappointed, to say the least, as Assayas is one of the more inventive modern directors, yet this has surprisingly little to say, instead falling into a typical bourgeois world of comfort and complacency.  Despite a first rate cast, Assayas’s written script leaves something to be desired, as it all amounts to pure speculation, though it’s treated like a done deal, filled with facts and figures for arguments in support, including the latest trends, which comes across like something out of a business investment magazine, where it’s preached like the gospel, only to later discover that the rush to judgment was a bit premature, rendering all the previous arguments as utter rubbish, yet that’s what constitutes the core of the movie.  Told in a freewheeling style, like a screwball comedy, the brisk pace of the film is quick and concise, with little room for hesitation, almost exclusively taking place in the tightly compressed spaces of offices, hotel rooms, bars and café’s, and the enclosed intimacy of home.  Exposing what duplicitous lives we lead, having a secret lover on the side while engaged in long-term relationships, where the divide is lack of trust, which mirrors the newspaper or print media, which has never been more guilty at telling targeted audiences exactly what they want to hear, whether it’s true or not, ignoring journalistic integrity and even standards of decency, developing a callous and indifferent attitude about destroying lives in the process by spreading rumors or gossip, especially when based on bad information, but what matters is whether or not they have a readership or viewing audience.  While the prevailing argument is that people read less today, the counter argument is that this is blatantly untrue, only the source is different, as they’re not reading as many novels or newspapers, but they’re reading texts, websites, and blog information instead, picking and choosing their sources.  While this opens up the floodgates on a discussion about the digital world, it barely touches the surface, offering trends and superficial points of view that may or may not have meaning, as it’s still too early to tell, and instead feels like a group of like-minded, white, over-privileged bourgeois individuals tossing their own opinions around, ignoring large segments of the globe who think differently than they do, whose ideas are completely ignored because it doesn’t fit the business model.  So what this really tells us in an interglobal world is that we’re only really interested in ourselves, rarely venturing out of our comfort zones.

Even the English title is misleading, as non-fiction suggests truth, not fiction, yet there’s very little underlying truth about this film, instead it’s swarming with the latest rumors and gossip, filled with self-centered people who couldn’t care less about what’s happening in the world, so long as they can lead comfortable lives.  The French title is more accurate, suggesting truth is ever more elusive, holding double meanings, which means different things to different audiences, which makes it that much harder to reach any common understanding.  At the center of the picture is a bourgeois, middle class couple, like the ones depicted in Haneke’s Caché (Hidden) (2005), where Alain (Guillaume Canet) is an erudite book publisher with a fashionable actress wife Selena (Juliette Binoche), and while they have a young son he barely makes his presence felt, like he’s an afterthought, certainly not the center of their world.  Their lives conveniently revolve around themselves, including a massive home, an upscale Audi car, and all creature comforts, where they’re used to eating in the nicest restaurants.  While Selena makes tons of money playing a cop on TV (for the fourth season), she’s quick to point out she’s not a cop, but a crisis management expert.  In the scenes we see, however, the focus of attention is on guns blasting, going full-on assault mode, where there’s little effort spent managing any crisis, as they are too busy inflicting one instead.  Early on Alain has a business meeting and lunch with one of his longtime authors, Leonard (Vincent Macaigne), but refuses to publish his new work, which feels more like his sleazy sexual exploits surrounded by more autobiographical self-aggrandizement.  Just so you can understand the eloquent and flowery manner of speech Alain uses throughout the conversation, remaining tactful and inoffensive, Leonard never gets the picture his work is being turned down, which comes as quite a surprise at the end, especially after all the so-called complimentary talk.  The two are like polar opposites, with Alain immaculately dressed, his words carefully chosen, his home a picture of tasteful décor, while Leonard stumbles and stammers, never really getting his thoughts out, and dresses shabbily, where his apartment is a mess, as nothing is apparently ever put away.  His live-in girlfriend Valerie (Nora Hamzawi), on the other hand, is more like Alain, concise in her expression, saying exactly what she means, and is the real breadwinner in the family, working as a high profile attorney while supporting a socially conscious Socialist political candidate who is having trouble getting his message across, as it can’t be explained in the television sound bites and twitter universe.  Valerie’s matter-of-fact way of handling things is the complete opposite of Leonard, making it clear she couldn’t care less about his publishing troubles, while Leonard’s prone to think he’s the center of the known universe.

While these four characters represent the focus of the film, as the film progresses we witness how cavalierly they cheat on one another.  Alain has hired a first rate head of digital operations who seems fresh out of university, always providing definitive answers about the death of the book publishing industry, having been raised in an era that immersed themselves in technology and the Internet, she finds it so much simpler and more advantageous than the “old ways,” and e-books are so much cheaper and can be transported anywhere.  Not only does Alain give her free rein at the company, he’s having an affair with this much younger girl as well, which feels a bit humorous, as she loves the sex but has utter contempt for what he does for a living.  Perhaps more surprising, Selena has been carrying on an affair with Leonard for years, and is his biggest booster, but is highly slighted when he publishes personal elements of their relationship, using it for material in his books, which she instantly recognizes and then has to cover her tracks afterwards, suggesting that’s someone else.  This fictionalized line is expressed to her husband, serving as a misdirection, though it becomes a central piece of her marriage, where preserving secrets and lies is essential.  Valerie has similar problems with her political candidate’s sexual misadventures which must be kept from the press, preserving his image at all costs, where lying is an essential ingredient.  While they all have positive attributes, they spend their lives covering up a darker underside, where they are never quite what they seem, but are instead understood by how they appear to be, where much of what they project is all an act.  Marriages fall apart from bad acting, apparently, as people don’t sell their lies as well.  While they all retreat to friendly groups and are connected to larger social circles that endlessly discuss the topics of the day, where Valerie finds it unnerving that even her closest associates find it difficult to support her candidate, or Selena gets embarrassed at the thought of selling out for commercial gain, finding little or no value in her television series, as it’s not the least bit challenging, but she gets a gargantuan salary that supports her lavish lifestyle.  The way things play out does challenge our growing dependence on technology, confronting radical changes in our changing world, where various points of view are aired, but it’s hard to find anything new or revelatory about this film, just as it’s hard to place meaning or value on the rapidly changing Internet culture, which is always in a state of flux, instead it just rehashes all the various opinions we’ve already heard before, mostly just skimming the surface.  Cinematically this lacks verve and imagination, especially compared to Demonlover (2002), for instance, one of the first films to examine the effects of the digital age.  While we have never heard Assayas flail away and be so repetitious in his films before, endlessly belaboring ideas that amount to little more than cliché’s, with characters that couldn’t be less appealing, so myopic in their own lives, sending signals of utter complacency by the end, hardly a message that needs airing, where of all the Assayas films seen, this one has the least to offer.

The film inaccurately attributes a quote from Giuseppe di Lampedusa’s historic novel The Leopard, published posthumously in 1958, “If we want things to stay as they are, things will have to change,” suggesting it was uttered near the end by Don Fabrizio, the Prince of Salina, a character who was deeply resistant to change, but in fact it was spoken much earlier by his nephew Tancredi Falconieri, the voice of a new generation, remarking upon the continuance of Sicilian aristocratic life.  One wonders if this was done intentionally, as Assayas is extremely well-read, suggesting that in today’s world, as suggested by Kiarostami’s CERTIFIED COPY (2010), fake truth is just as easily accepted as the actual truth.
Posted by Robert Kennedy at 12:12 AM