The Road Not Taken (We Ze Zhi Lu) 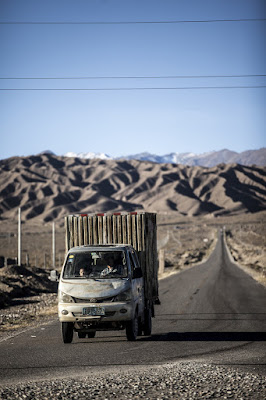 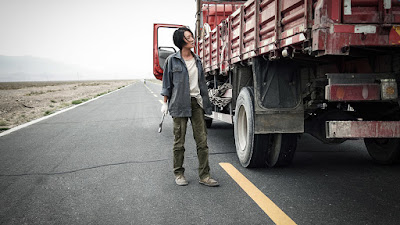 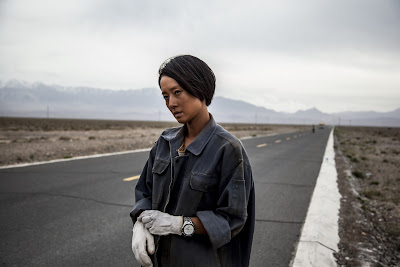 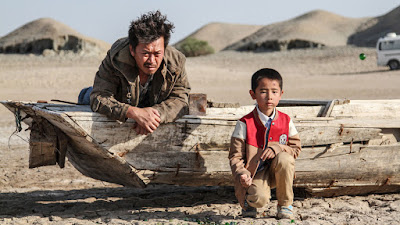 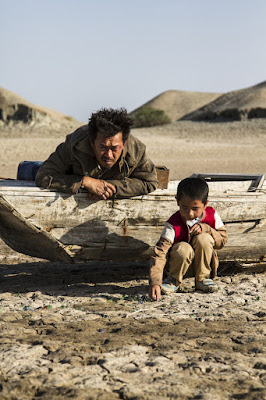 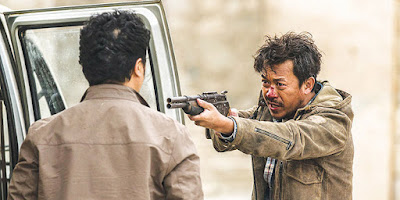 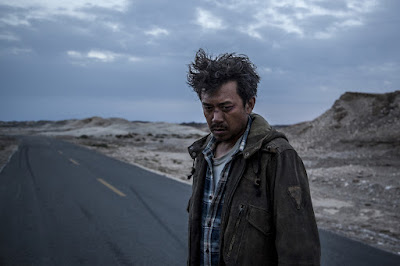 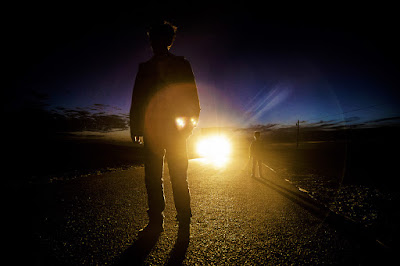 Winner of the Best Film prize at the Shanghai Film Festival’s Asian New Talent Awards, the director’s first feature is a portrait of rural China, expressed as a brutally wacky road movie, where characters are always faced with ensuing moral dilemmas, rarely, if ever, making the right choices, leaving them engulfed in the wasteland of the Gobi Desert, a place where no trees grow, where it’s difficult to sustain life in such a barren place.  In this no man’s land we’re introduced to the bumbling and constantly befuddled Yong, Wang Xuebing, who also had a prominent role in Black Coal, Thin Ice (Bai ri yan huo) (2014), operating a dilapidated ostrich farm, seen chasing down an escaped bird that has no intentions of returning to the pen, racing for its life until Yong finally catches up to him, both laying down in pure exhaustion under the hot desert sun, as if freedom is an exercise in futility.  This brief prelude provides the central theme of the film, suggesting life in the Gobi Desert is no picnic, filled with unforeseen dangers that can turn deadly in an instant.  As if out of nowhere, Yong is visited by a caravan of expensive cars, where mob boss Brother 5 (Wang Xufeng) is there to collect a debt, as Yong borrowed heavily to build the business, but it has yet to turn profitable, as they haven’t laid any eggs yet, needing more time.  Brother 5 offers him an alternative to look after a kid he describes as his nephew, Zhu Gengyou, though he is actually kidnapped awaiting ransom from his parents.  No sooner does Brother 5 drive away, but the kid is racing for escape (just like the ostrich), not realizing in this country there is no escape, so Yong locks him in the ostrich cage in the back of his van, as he’s on more important business, where his primary mission is reuniting with his ex-wife before she remarries, as her complete disinterest during an all-too-brief phone call (and another unrecognizable voice) suggests she has already moved on.  That puts the mission in crisis mode.

Kid in tow, he makes his way across the empty desert, where initially the kid won’t even speak to him, where the van is sabotaged by a psychotic criminal on the loose, Yue Xiaojun, who shoots out truck tires on the highway forcing drivers to seek repairs at a nearby shop, while also extracting money for gas, food, and water, as there’s nothing else for miles in any direction.  While this is an obvious scam, that becomes less important when he sees a shiny new truck outside that looks promising, but the driver is a no-nonsense truck driver, Mei (Ma Yili), who throws Yong in the back, as the kid rats on him, telling her he put him in a cage, arousing her suspicions.  Making a slight detour to pick up a load, there is plenty of down time with Yong trying to make amends with the kid, noticing a bruise on his forehead where he took a beating from schoolmates, teaching him how to protect himself.  While Yong is a likeable loon, a bit daft and overly impulsive, he takes a liking to the kid, noticed even by Mei, but as night approaches, the truck stop takes on a completely different character, as there’s plenty of drinking and fighting, turning into a lawless terrain resembling the Wild West, where one of the men gets violent with Mei, but Yong defends her, with the other men quickly chastising the offender.  Mei’s life is not an easy one, as that psychotic criminal is in love with her, but she wants no part of him, so he follows her around wherever she goes making her life miserable.  The road offers her only sanctuary from his persistent badgering.  This threesome forms a semi-comical family unit, even posing for a roadside photo together with a Caribbean backdrop, but nothing really materializes, one of the many roads not taken, as they are rudely interrupted by unforeseen circumstances when the psychotic criminal is back for his girl, wreaking more havoc.  But since he arrives in Yong’s old truck, which magically reappears, he and the kid take off down the road for more comical misadventures.

The harshness of the landscape dominates the film, as the transient nature of the people out in the desert comprise an outlaw mentality, where Yong and the kid are simply misfits in their world, as they don’t display the cutthroat viciousness of the isolated loners that make a living out there, resorting to any means, criminal or otherwise, in order to survive in such a hostile environment, where service comes with a price, and an excuse to rip off yet another customer.  While Yong shows an unusual patience and affection for the kid, with each representing a different stage of life, yet the adult in Yoon remains a child at heart, unwilling or unable to assume responsibility for his own fate, instead continually finding himself twisting in the wind, so to speak, as he continues to get sidetracked along the way.  Disagreements in this godforsaken place have a way of escalating into pure mayhem (headbutts are a common method of communication), where most of the peripheral characters show a propensity for violence and lawlessness.  The film grows more savage when Brother 5 and his gang of goons arrives, peddling off yet another kid with some hapless victim, then settling an old score with Yong, who grows more increasing desperate when he is so outnumbered, beaten to a pulp at one point before he escapes into a Sergio Leone style ghost town, keeping out of sight until he and the kid can make another getaway.  In contrast to the foul play, Yong and the kid are likeable losers who are simply caught up in a maze of bad choices, which includes his so-called reconciliation with his girlfriend, another plan that quickly goes haywire.  With all his options exhausted, Yong reflects on his past failings, hoping to stumble upon a better solution, and may actually have done a noble deed before fate intervenes, like an ill wind, wiping his hopes away.  Not particularly compelling, as the film consistently meanders and grows narratively contrived (cellphones always work in the middle of the desert, apparently with no recharging), yet Yong’s wacky relationship with the kid is offbeat and humorous, a bit melancholic, with just a touch of the heart strings.
Posted by Robert Kennedy at 12:04 AM