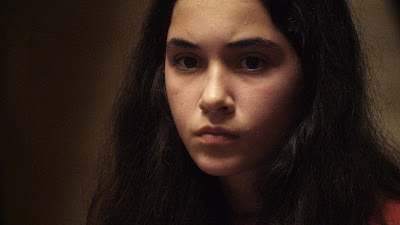 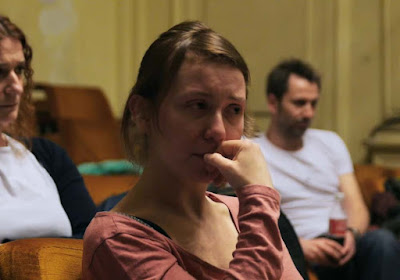 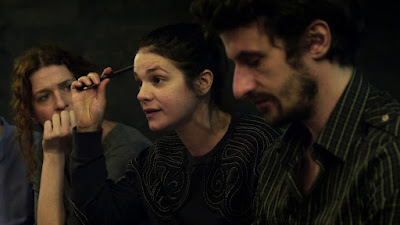 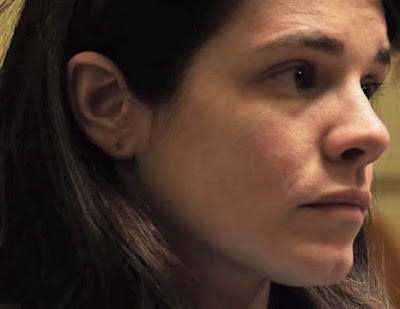 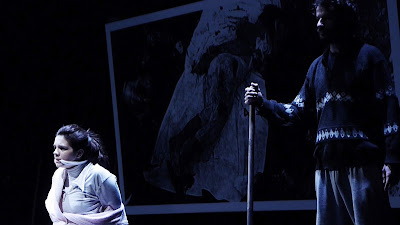 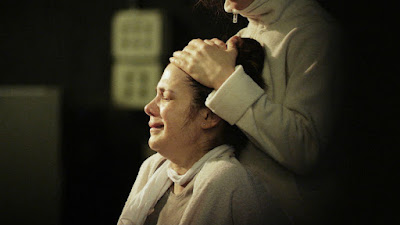 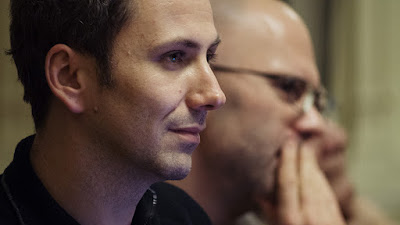 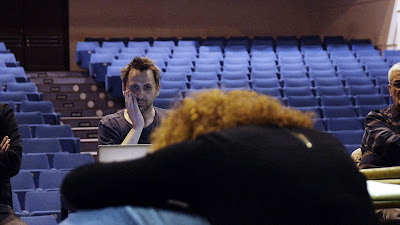 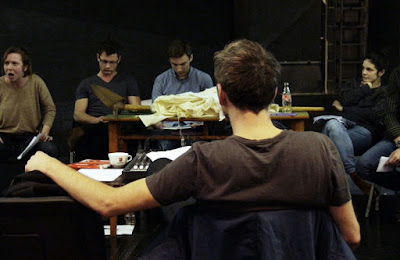 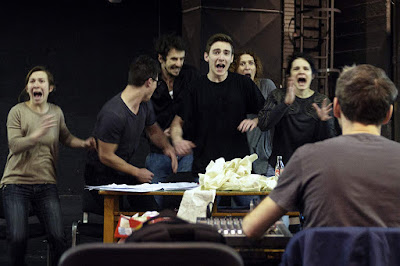 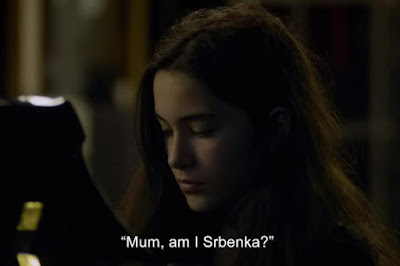 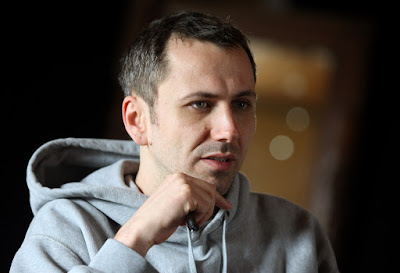 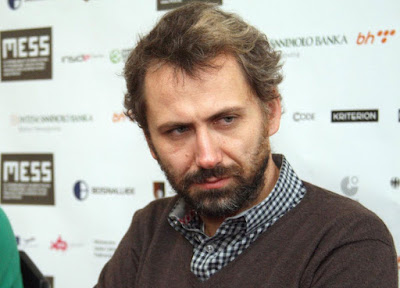 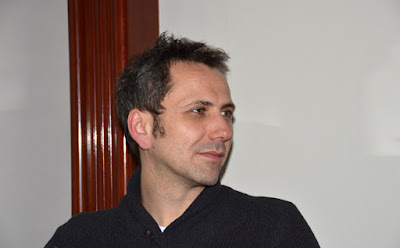 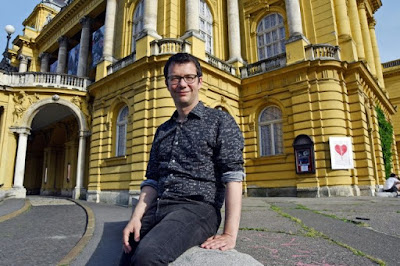 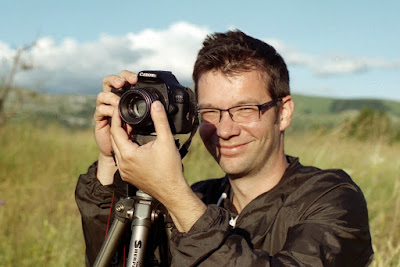 An emotional powerhouse, where the artistic force behind the work is controversial Croatian theater director Oliver Frljić, who is known for his flair in taking on provocative subjects, where this began as a theater project.  Once rehearsal began, however, the idea for a documentary film was born, as this plays out on multiple levels and is sure to provoke reactions.  The underlying theme is that history has compelled us to remember traumatic events.  Frljić adapts his own play based upon a 1991 murder of a 12-year old Serbian girl, Aleksandar Zec, who was tied up and kidnapped along with her mother and father, taken to a mountain retreat, then shot in the head with an automatic rifle, all brutally murdered and their bodies dumped in a garbage pit by a 5-man militia group consisting of a special Croatian police unit near the start of the Yugoslav Wars.  While the offenders were apprehended by the police just a few days afterwards, they were released on a technicality, as their detailed confessions were taken without their lawyer present.  When later retried in 1992, they were pronounced not guilty, though the court was subjected to a politically charged atmosphere, taking place during an ongoing military conflict with Serbia.  To this day, no one has been held accountable for the murders, which is the backdrop for Frljić’s play, which is designed to evoke some measure of sympathy from a Croatian audience, but the extreme personalization of the subject matter makes it a universal story.  According to a 1994 special report by the UN Commission on Human Rights (listed under the paragraph heading Impunity for Unlawful Killings…) Croatia: A shadow on Croatia's future: Continuing impunity for war ...:

In December 1991, Mr. and Mrs. Zec and their 12-year-old daughter were murdered in Zagreb and several days later five persons were arrested as alleged perpetrators of the crime. According to reliable sources, four of the suspects were members of a special police unit. The five admitted having committed the murders; however, they were released soon after their arrest for procedural reasons, and have never been punished.

Frljić has done this kind of thing before, introducing a Polish play in Poland about the problem of anti-Semitism that was banned just a few days before its premiere, or a Serbian play about the assassination of former Serbian Prime Minister Zoran Djindjic that shocked audiences while also receiving excellent critical reviews.  His style is to directly confront audiences with their own history, including members in his own cast, as several times actors have refused to perform the material, which has been accused of blasphemy and led to ferocious attacks from the media calling for boycotts, including death threats from right-wing websites, yet he is considered among the best new directors of his generation.  According to The Guardian, “His work is satirizing the politics of the states of former Yugoslavia, the war profit, the rise of ultra right-wing nationalism," where his intent is to raise provocation by asking relevant questions, always searching for a better artistic approach to confront the spread of hatred in the region, “to stop the descent into nationalist hell.” (Who's afraid of Oliver Frljić? - Contemporary Theatre Review).  As he assembles a cast for his play, it’s all part of the multi-layered examination process, as he also interviews a Serbian woman who is particularly touched by the story of Aleksandar Zec, believing that was her at the same age, where it’s impossible not to identify with what happened to her.  By personalizing the material, the subject matter increasingly resonates with viewers.  To that end, he brilliantly chooses four 12-year old girls in his cast, the generation born after the war, as part of the play allows them to interact and ask questions of the deceased, who also responds and is curious about them as well, connecting the past to the present, while examining how it affects different generations and how peer pressure affects children of different nationalities in Croatia.  Powerful testimony is provided by Serbian girls who provide graphic detail about how they’re treated in school, repeatedly tripped in gym class, called horrible names using racial slurs, profaning their mother and family, where it’s clear after 20 years the perception of the Serbian minority has not significantly changed, as they are still viewed as worse than scum, where open hatred prevails.

The former Yugoslavia contained a combination of ethnic groups, including Bosnians, Muslims, Serbs and Croats, who have all lived together in the same region for centuries, so blood feuds and ethnic hatred have been passed down to families from generation to generation, but what’s exacerbated the intensity is the growing belligerence of nationalism, where the state imposes its one ethnic priority over the entire population.  When that happens, children of other ethnic groups are treated differently, as they are devalued by the State.  Some of these kids have Croatian parents and grandparents, rightly believing they are Croatian, but what if their great-grandparents were Serbian?  Intermixing cultures and religions is not against the law, but children continue to be tainted by this nationalist stain of ethnic purity, where at some point in their childhood they have to confront their own family history, which can completely alter how others view them.  As the rehearsals progress, we hear the incendiary remarks of the attackers, using ethnic slurs for their victims, punching them, throwing them around, where they are vociferously attacked and assaulted even before they are killed, subjected to all manner of demeaning humiliation.  It’s difficult to hear this, much less perform it as actors, and even the director himself has difficulty with the material, so it’s presented in a more abstract style, quickly changing the focus, as the artists themselves reveal their own personal experiences, yet this film unflinchingly takes us through the process of re-living these horrible crimes, wondering how this generation will cope with the dark shadows of history.

The director is personally attacked on right-wing media outlets, receiving death threats, where at the last minute he wants to insert some of their venomous rhetoric into the play, but the actors openly defy that idea, not wanting to offer a platform for poisonous comments because “Then we’re giving them space they don’t deserve.”  Throughout the process Frljić is very open about how each actor plays their part, not insisting that any one way is right, where they’re allowed to choose what they say or don’t say, where the biggest conflict comes down to one of the 12-year old girls, who happens to be a Serb, but is afraid to say it, knowing the inevitable consequences, as she’s kept it quiet up until now.  There’s a beautiful use of snow falling on the set, reminiscent of Fassbinder’s use of white noir (film blanc) in Veronika Voss (Die Sehnsucht der Veronika Voss) (1981), where white becomes symbolic of forgetting, a metaphor for Germany after the war, which works brilliantly here as well.  But as the audience arrives for opening night there are protesters outside asking why plays aren’t written about 12-year old Croatian girls who were murdered (which the director addressed, claiming he was open to the idea, but only if it was shown in Serbia), providing a boisterous backdrop for the opening of the play, where the most riveting moment is when the deceased Aleksandar asks the young girls their ages, nationalities, and hobbies, which flows by easily until they get to the one girl, where there is a long pause of hesitation that lingers interminably before she quietly answers, “I am Srbenka.”  When the play is over, the other young girls are skipping around with glee, feeling a sense of exhilarated relief, but the Serbian girl quickly gathers her things and can’t escape fast enough, as the camera follows her from behind as she quickly walks down the street, eventually vanishing out of sight where a new world awaits.
Posted by Robert Kennedy at 12:02 AM