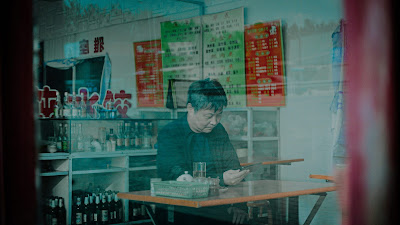 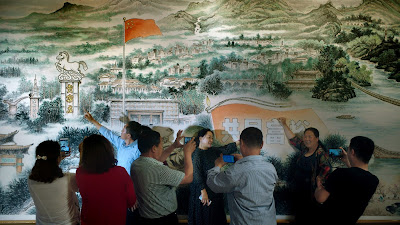 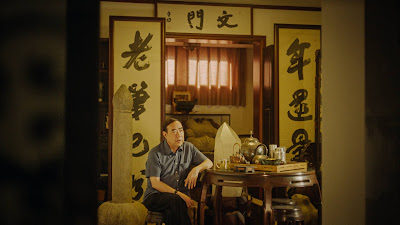 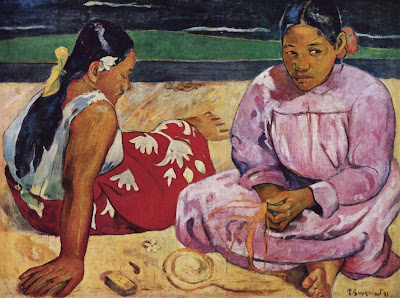 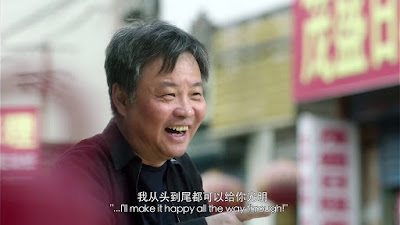 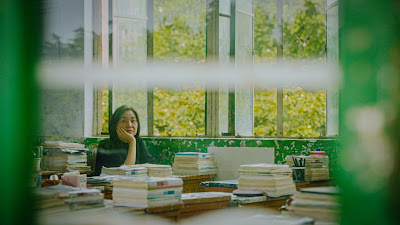 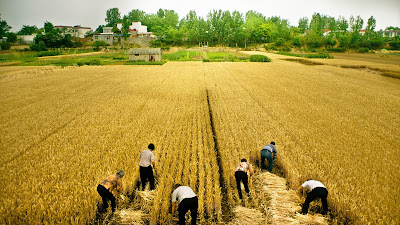 Another ruminative documentary that provides a personalized oral history of China’s changing landscape, told in 18 chapters of varying length, recalling significant writers featured at a literary festival in Shanxi province, each from different eras, using elderly citizens to provide fond recollections of the late writer/activist Ma Feng, who helped shape and implement the rural collectivization movement of the Communist Party in the late 1940’s, recommending water filtration systems prior to irrigation to eliminate excessive salt, which helped replenish the soil, allowing crops to flourish, while the other three, Jia Pingwa (born in the 50’s), Yu Hua (born in the 60’s), and Liang Hong (born in the 70’s), provide their own reflections on the changing times they endured.  Viewed from the New York Film Festival just prior to the Chicago event, another virtual festival where anyone in the U.S. could view the films, the film is structured using a then and now format, taking a look at the director’s hometown of Fenyang in 1997 where he shot his first film, THE PICKPOCKET (Xiao Wu), and then showing how it looks today, radically transformed into urban sprawl.  Perhaps more eye-opening, his film PLATFORM (2000), Opening - Platform (2000) YouTube (8:05), opens in Fenyang’s Jia Family Village in 1979 with a group of villagers chatting and smoking in front of a giant mural oil painting outside a local theater entitled “Plan for a New Village.”  When Jia returned to that same location today, that original painting was gone, replaced by a new painting in the Village History Museum accentuating high-rise buildings and electronic communication technologies, none of which appeared in the earlier painting.  Also uniquely different are the multitude of tourists mulling around in front of the painting taking pictures on their iPhones, with Jia contrasting how it looked in 1979 with how it looks today, Swimming Out Till The Sea Turns Blue - Clip “The Old and ... YouTube (2:19), given a classical elegance with the piano music of Vladimir Ashkenazy playing the opening Andante theme of Rachmaninoff’s Variations on a Theme of Corelli, Vladimir Ashkenazy: Rachmaninoff - Variations on a theme of ... YouTube (1:05).  This artful depiction sets the stage of what follows, revealing a massive transformation from a rural economy based upon an agriculture model of collective socialism from the 50’s through the 80’s, shifting to a capitalist urban modernization in the 90’s where cities are transformed overnight, resulting in a migratory pattern of young people uprooted from the villages and towns where they were born seeking work in the great urban metropolises, trying to stay connected by sending money home to their families.  For a country with thousands of years of agriculture history, this changed and challenged the nation’s collective identity, yet the concept of home as one’s birthplace remains surprisingly unchanged.  Many Chinese writers bucked the trend, finding their success in the big cities where they were educated, but started moving back to the rural countrysides where they grew up, writing about their own experiences in these rural locales, offering their own commentary on Chinese life.

Continuing in the elegiac style of Jia’s earlier work, I Wish I Knew (Hai shang chuan qi) (2010), using voices, in effect, as living theater, the director films prominent writers and local citizens offering personal testimony to the changes they have witnessed, where perhaps more than anything this becomes a history lesson, using artists as griots, an African tradition of storytelling, where history is passed down through a mosaic of personal testimony reminding viewers what strength of resolve it took just to survive particularly hard times.  Jia Pingwa, for instance, grew up in a family of more than twenty, raised mostly by women, all fed from a single wok, where simply finding food and nourishment was a daily struggle, yet books opened the door for him to the West, discovering painters like Van Gogh, Gauguin, and Picasso, which motivated him to become an artist.  Ma Feng’s daughter describes her father’s life with reverence, describing how he first gained attention while serving in the army by drawing an ink painting in a woodcut style that won a newspaper competition.  His talent quickly got him transferred to a theatrical troupe that traveled rural regions, eventually becoming a journalist, but he couldn’t resist sending stories to newspapers, gaining an audience without realizing it, as readers complained when the stories stopped, which became the basis of the first book he wrote, eventually becoming part of the Beijing literary establishment.  She recalls an amusing story about how her father was teased after writing a book on marriage, but wasn’t married himself, so a friend provided a group photo of a theater troupe containing a woman he wanted her father to meet, asking if he could pick her out ahead of time.  After some study and evaluation, he successfully picked the woman who eventually became his wife.  Jia Pingwa’s life, in stark contrast, was mired in poverty and near starvation during the Cultural Revolution, a time of trauma and helplessness, made even worse when his father, a teacher, was accused of being a secret agent for the Nationalist Kuomintang Army, which couldn’t have been further from the truth, but the accusation alone was enough, as he and his family were sent to forced labor camps as punishment, a stain that prevented his entire family from obtaining positions of employment, listing off a litany of attempted jobs he sought only to be rejected time and again, eventually hired to write revolutionary slogans because of his ability to write in a region where that was a precious commodity.  Jia Pingwa basically reinvented himself by returning back to the region where he was born, exploring the countryside by bicycle, discovering newfound freedoms simply by being on his own, interacting with locals, subject to no outside authority, and writing about his experiences.  In this manner he analyzes and interprets China’s place in the world community, offering reflective commentary where readers experience life through his vivid depictions, helping them develop new understandings.  In an age of technological advancements and rampant consumerism, art often gets pushed aside when it comes to cultural relevance, but this film reminds us of the intrinsic value art and literature can add to our lives, initially finding common ground, while also expanding our field of knowledge.  When farmworkers start spouting poetry, however, this surrealist quality feels strangely overstaged.

Beautifully shot by Yu Lik-wai, accompanied by eclectic musical choices that include healthy doses of Dmitri Shostakovich (who himself represents a complex relationship between an artist and an overly repressive political regime), the more obscure Alexander Tikhonovich Gretchaninov, and even American silent era film composer John Stepan Zamecnik, part of the expressive nature of the film is captured in transitionary shots, including multiple shots revealing the timelessness of rivers flowing, the release of illuminated lanterns on paper boats floating down the Yellow River at night, scenes of villagers harvesting wheat, resembling the bright saturated colors of a Van Gogh painting, or a steady stream of close-ups on faces that resemble the experimental imagery of Chantal Akerman’s D'Est (1993), moving from the old to the young as the film progresses, including masses of people simply waiting, occasionally using tracking shots on busy streets, or finding people driving peculiar two-wheeled vehicles through the crowded streets, with the camera inevitably finding people of interest, the ones who stand out in a crowd.  Easily the most humorous character with his own individualistic style is Yu Hua, seen at the outset watching an NBA basketball game on his cellphone, always upbeat and jovial, viewed as having a more carefree nature.  While Jia Pingwa is almost always seen speaking alone, isolated from everyone else, Yu Hua is found sitting on busy sidewalk café’s watching the world quickly passing him by, but he doesn’t miss a beat.  He educated himself by reading books banned during the Cultural Revolution that had the beginning and end pages torn out of them, forcing him to make up his own endings, a neverending challenge that required him to use his imagination.  Unhappily working as a dentist, his chosen profession, he quickly tired of looking inside of people’s mouths, finding nothing more dreary than that, writing short stories instead, often for his own amusement and sending them off to various publishing houses, where he hilariously recounts receiving a neverending stream of rejection letters, where even his father poked fun at him with every new arrival.  Miraculously, he received a phone call from Beijing one day, where it took most of the day just to make the connection to his isolated community where phones were scarce, recalling the relief heard on the other end of the line when they finally spoke, with an editor offering him an opportunity to come to Beijing and be published, which altered the trajectory of his life.  Yu represents that generation which followed the changing of the guard, including the arrest of the Gang of Four, repudiated by new leader Deng Xiaoping, ushering in a new era where the entire country seems to open up, yet his quick wit simply feels revelatory (“We’re all atheists”).  Though barely mentioned, one of his books, To Live, was adapted into a film by Zhang Yimou in 1994 starring Gong Li, implanting him directly into the center of a major cultural shift.  The last writer is Liang Hong, the lone female whose childhood experiences more closely resemble that of Jia Pingwa, growing up in a small village, enduring catastrophic poverty, made worse by the endless prejudice her mother faced after having a stroke, becoming more and more debilitated until she was totally paralyzed.  With no medical facilities nearby, the family faced the unfortunate situation on their own, largely ostracized and isolated from the village, where they had to learn to take care of themselves.  She recalls the stigma of having to stand outside the classroom, as her parents couldn’t raise the tuition money.  The emotional crescendo in this section is heavy, bringing tears to her eyes each time she speaks about her mother, where she still hasn’t come to terms with it, at one point saying “I’m lost for words.”  Offering acute observations on contemporary village life, her writings are based on in-depth interviews with her neighbors and their families, as so many have left home to seek work elsewhere.  Her work seems to capture the trauma of being left behind in a rapidly changing world, but she also exhibits the grace of maternal love, suggesting mothers are the teachers of each new generation, instilling a healthy curiosity to question and learn about the world around us.