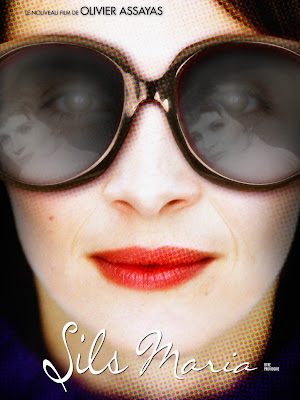 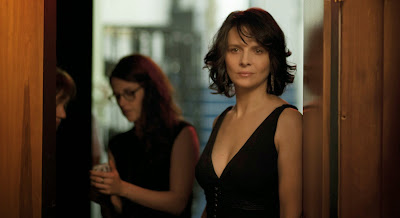 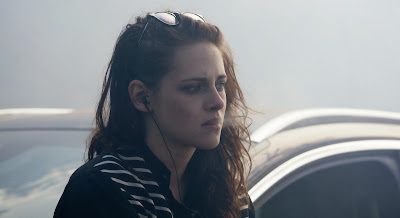 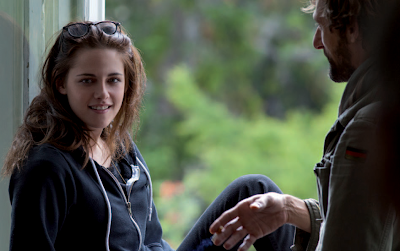 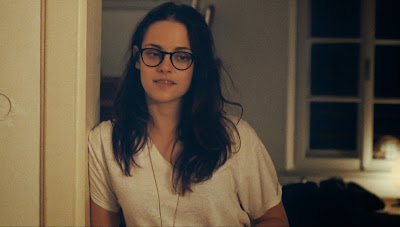 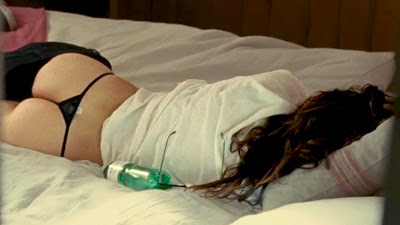 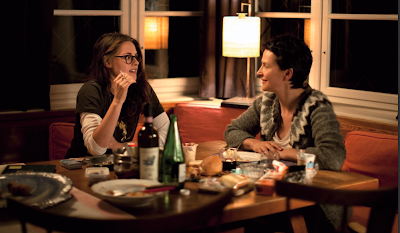 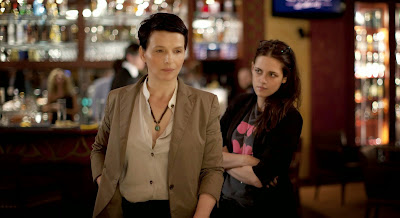 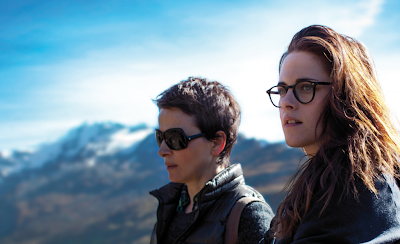 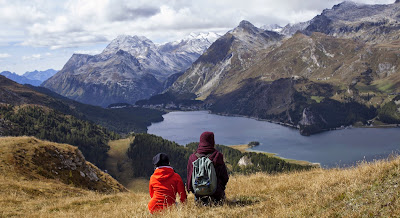 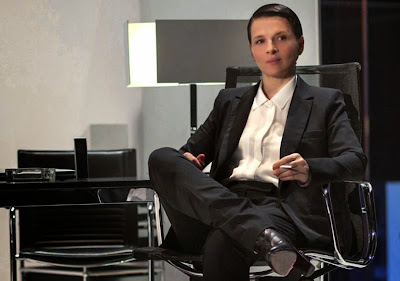 
His best film in years, known only as SILS MARIA in France, Assayas stunningly returns to peak form in this modernized twist of his earlier film Irma Vep (1996), a film about the making of film, this time starring Juliette Binoche instead of Maggie Cheung, written by Assayas specifically for her in a project he describes as “A Juliette Binoche movie about Juliette Binoche with Juliette Binoche” in a film about an international theatrical star Maria Enders (Binoche) who is asked to perform in a film adaptation of the play that made her famous twenty years ago, but this time switching roles, no longer playing the beguiling 18-year old rising star actress in the part that made her famous, but the older leading lady, a tired, middle-aged business woman having an affair with the manipulative young female ingénue who eventually drives her weak-willed boss to suicide.  Partially financed by Chanel, which supplied the actresses with clothes, jewelry, accessories and makeup, this also allowed the director to shoot this sumptuously looking film on 35 mm.  Shot on location by cinematographer Yorick Le Saux in the mountainous Swiss Alps towns of Sils Maria as well as Zurich, Switzerland, Leipzig, Germany and South Tyrol, Italy, the locations are an integral part of the story, as Wilhelm Melchior, the author of the aforementioned play Maloja Snake, is a creature of those spectacular mountains, filled with their own secrets and mysteries and naturally occurring phenomenon which begin to take on human characteristics while also offering its own commentary on the changing nature of time passing, which is visibly seen in a fog-like cloud formation that drifts through the valley between the mountains in the form of a snake.  Melchior becomes an unseen central force in the film as Maria, at the height of her stardom but also in the middle of a contentious divorce, is accompanied by her more laid back American personal attendant Valentine, Kristen Stewart in Converse shoes, while traveling to Zurich by train to accept an award on behalf of Melchior, where on route they learn of his sudden death.  Assayas immediately shows us the back side of a famous artist, the side we never see, as Maria seems terribly dependent on the expert social media skills of Valentine, who meticulously plans everything out for her ahead of time, but also acts as a human receptacle for her more candid comments that the public never hears.


While Maria is obviously shaken by the unexpected death, this doesn’t stop her from doing a planned Chanel dress photo shoot once she arrives at the hotel, where her immediate transformation from ordinary train passenger to international diva is a bit stunning.  Much to her chagrin, they have also invited actor Henryk Walk, Hanns Zischler, a self-centered, autocratic older man in the manner of Erich von Stroheim who took full sexual advantage of the young actress at the beginning of her career, which she has never forgiven, to provide his commentary about Melchior, as they were also close personal friends.  After the Awards ceremony, she meets an in vogue German movie director, Klaus Diesterweg (Lars Eidinger), considered hot property due to his series of successful films, who offers her the older role of his adaptation of Melchior’s play.  While she initially expresses no interest, Val talks her into taking the role, suggesting she would reach an entirely new audience, and with this decision comes the title card announcing “Part 2,” which takes the audience completely by surprise, as there was never any “Part 1.”  This idea of an actress reaching a point in her career (Binoche is 50) when she is no longer considered young and desirable for leading roles, but becomes thought of only for less desirable parts as a character actor, is considered the death of their careers to some actresses, and has been explored before by John Cassavetes and Gena Rowlands (in her late 40’s) in Opening Night (1977), one of the gutsiest films about theater ever made, right alongside Chaplin’s LIMELIGHT (1952) and Desplechin’s ESTHER KHAN (2000).  All are dialogue-driven vehicles featuring extraordinary performances, where Rowlands (whose name Binoche amusingly appropriates when disguising her identity) was pathologically reticent to take the part, not yet ready to cross the threshold, while Binoche is clearly more comfortable as an aging actress, partly because she has continued to work with all the best directors and still receives scripts that are written with her in mind.  She couldn’t appear more natural in a film while still playing a role, always seen as warmhearted and charismatic, but the real surprise is Stewart, who matches her scene for scene throughout the entire film by completely underplaying Binoche’s theatrics.  What’s particularly interesting is how quietly reserved and contemplative Binoche is in English, as if always holding something back, while saving her more extroverted outbursts for French language scenes.


Some of the best scenes in the film are reserved for Binoche and Stewart who work brilliantly together, retaining a hint of the sexual undercurrent expressed in Melchior’s play while also expressing their own unique feminine personalities quite differently, as they retreat to the Melchior estate in the mountains to prepare for the role, which the playwright’s widow Rosa (Angela Winkler) has graciously offered, as she needs to get away to avoid all the constant reminders of his presence.  As they read through the play’s scenes, offering fresh extemporaneous comments as they go, Assayas intelligently dissects the present through the past, with both women displaying strong-willed characters with probing intelligence and an acerbic wit, but also an affectionate side where they’re simply happy to be in each other’s company.  As they weave in and out of the play, while also preparing elaborate meals or taking long walks through the picturesque mountainside, it’s impossible to tell where the play ends and reality begins, as they seamlessly intersect with a surgical precision.  While both women have their own star power, which is beautifully utilized by Assayas, it’s curiously deferred to the ideas of the play, as if they are mere players in the world of art, expressed without an ounce of pretension.  This honesty is then contrasted with the director’s shrewdly calculating choice to play the ambitious young girl, Chloë Grace Moretz as Jo-Ann Ellis, an actress Maria has never heard of.  As Val thumbs through Google searches, hilarious YouTube videos, and even more demented celebrity interviews where Ellis comes off as a teenage prima donna and a full-time party animal whose center of the universe is never far from herself, Maria finds this ghastly while Val is impressed by her ability to hold the audience through each of these arrest records and real life disasters, where she remains exactly who she is without any hint of compromise.  The fact that she’s a walking disaster in real life means nothing, as she knows how to command the screen.  This contextualization couldn’t be more hilariously insightful about what Hollywood is today, while the scene of the film that takes one’s breath away is the appearance of the snake, which finally appears at a crucial stage in the film, expressed through the eloquence of Arnold Frank’s 1924 ten-minute silent short film CLOUD PHENOMENA OF MALOJA (Das Wolkenphänomen von Maloja), which is an awesome declaration of the artistic significance of cinema in its purest form, literally dwarfing what we see today, given such a beautifully sophisticated articulation by Assayas who has made another truly exhilarating film.
Posted by Robert Kennedy at 12:07 AM