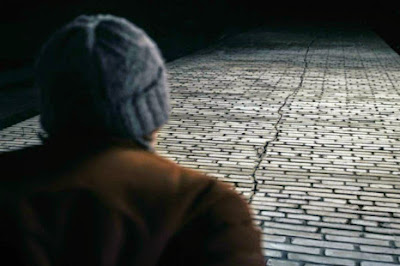 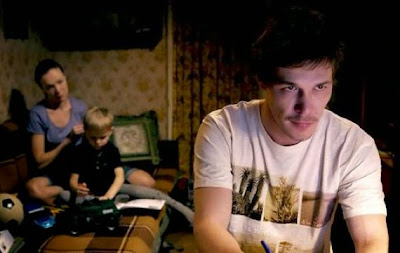 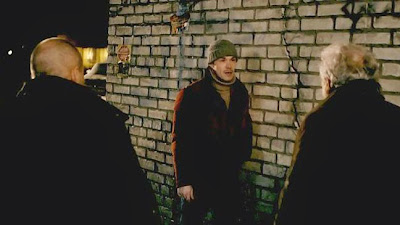 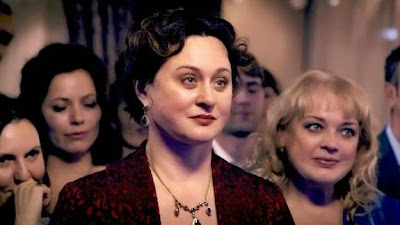 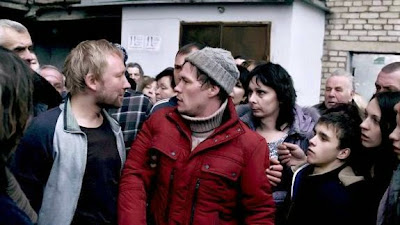 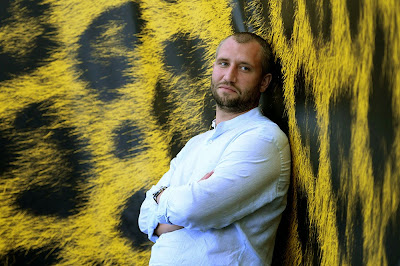 
The views that brought Chernyshevsky (Chernyshevsky and the Crystal Palace, Rational egoism: the theory that man will always act according to his best interests) to this vision were close to utilitarianism, meaning that actions should be judged in terms of their expediency.  Naturally, utilitarians assumed that we can know the standard against which expediency can be measured: usually it was economic well-being.  In Chernyshevsky’s rational egotism, utlitarianism as a method coincided with socialism as a goal: in essence, it is in everyones individual self-interest that the whole of society flourish.
—Notes from Underground, by Fyodor Dostoyevsky,1864, page X introduction by Robert Bird


My film represents most of Russian life.  Not the past, but the models of human relations that have existed for hundreds of years in Russia.
—Yuri Bykov


The director reiterates similar themes that he began in The Major (Mayor)  (2013), a film that premiered at Critics Week in the Cannes Festival of 2012, exposing the rampant corruption that plagues Russian society, where remnants of the Stalinist bureaucracy are now seen at every level of government.  This is a searing exposé of Russia as a model of inefficiency that matches much of the indignant anger expressed in Dostoyevsky’s Notes from Underground, an ornery, bitter, and rambling piece of wicked satire that excoriates the prevailing philosophical wisdom of the era.  Bykov’s works come across as revolutionary acts, where one is surprised that under Putin he’s not locked up in the Siberian gulags, as after all Putin arrests female rock stars, Pussy Riot: A Punk Prayer (Pokazatelnyy protsess: Istoriya Pussy Riot) (2013) with the same relish as oil oligarchs, Vlast (Power) (2010), as Bykov is a lone voice of unfiltered realism set against a backdrop of an ancient tribal system that historically relies upon bribes and favors for services, the mathematical equivalent of no bribes, no services, where you have to pay to play, leaving the poor out of the picture where they are left to fend for themselves.  In this film it pits one honest man against an entire system of on-the-take bureaucrats, where everyone in a position of importance gets a piece of the action, feeling very much like a HIGH NOON (1952) western format, where a lone cowboy, usually with a wife or child to protect, has to take on a gang of outlaws that have been stealing the town blind.  Against all odds, these often feel like suicide missions.  Yet the world needs honest men.  In fact, they depend on them.  While voicing his feverish anxiety from a position he calls “a mousehole,” Dostoyevsky in his introduction explains that both the character and his “notes” are fictional, but that he represents a certain Russian type the public needs to know about.  For all practical purposes, Bykov is that public voice today.  In a devastatingly bleak opening that offers a doomed comment on the plight of the working poor, the film begins with a long choreographed take of an abusive alcoholic’s rage against his wife and daughter that escalates into physical violence, both brutally battered when he realizes they’ve run out of money.  By the time the police arrive, she decides not to press charges because if her husband misses work the next day he won’t receive a monthly bonus.


While this problem is escalating, other residents in this dilapidated tenement building, a relic of public housing from an earlier era that’s been standing for nearly 40 years, as old as the town itself, complain of bursting water pipes, a commonplace occurrence that happens so frequently that repair units offer only minor fixes that might last a day or two before they’re back on the job again in a neverending cycle of futility.  On this occasion, the municipal repair chief for the neighborhood is unavailable, gone on a three-day drinking binge, so his alternate is called, another plumber, Dima Nikitin (Artyom Bystrov), who is studying to pass an exam that would help put him in a position to replace his boss, Federotov (Boris Nevzorov), the chief housing inspector.  But before he receives the call, a portrait of his family paints another harsh reality, where Dima and his father (Alexander Korshunov) are treated to a blistering tirade from his domineering mother, (Olga Samoshina), calling her husband a fool for not taking what’s offered to him, like everybody else on the take, instead pretending to be all high and mighty while shunned by the rest of the workers, forced to exist on next to nothing, where he continually makes repairs around the building out of his own pocket rather than bilking the city coffers, which seems like the sensible thing to do.  But the coffers have run dry with rumors flying that greedy city officials pocket more than their own personal share, with nothing trickling down to the actual residents in need of repairs.  While the lacerating speech is aimed at the father, it’s the son who emerges as the fool, an honest, would-be working-class hero, a man who dares to try to fight against an entrenched bureaucracy of insatiable self-interests and the hapless communal indifference of the town’s residents.   Not only is that a daunting task, but he actually cares what happens to people in these dilapidated housing projects that others would describe as lost causes, as they don’t give a damn about their own lives.  By the time he has a look at the building, however, a minor repair escalates to a problem of disastrous proportions, as behind the water leaks, the exterior wall of the building has cracked from the foundation all the way up to the 9th floor roof, where he suspects the building may split in half.  Realizing the enormity of the potential problem, he turns off the water in the building and vows to speak to city officials the next day.


Though the building is not part of his official jurisdiction, Dima’s nagging suspicions get the better of him during the night, calculating that the building has already started to shift and may fall within 24-hours.  With over 800 residents in the building, this is a public disaster he knows he needs to try to prevent.  Bypassing the layers of bureaucracy that contributed to the many years of neglect, he calls the Mayor, Nina Galaganova (Nataliya Surkova), but she’s at a restaurant with all the other city officials celebrating her 50th birthday party.  This sets up the ultimate confrontation of an ordinary average Joe interrupting a drunken extravaganza of a party all honoring “Mama,” including speeches commemorating her bravery in standing up to incompetent officials, building a healthy environment for economic growth, and completely turning the city around during her administration.  In this atmosphere of drunken euphoria, Dima announces the Mayor must act immediately to stave off a human catastrophe.  Like a general ordering her troops into battle formation, all the heads of state gather in an adjoining conference room, hauling in some from their drunken stupors, including an angry Federotov who wants this young plumber’s head for bypassing his authority.  Ordering an immediate inspection to reject or confirm his allegations, Federotov and young Dima head off to the site in question.  What immediately strikes the viewer is the visual disparity between the poor unemployed dregs of society in the tenement building whose drunken belligerence is symptomatic of their fatalistic apathy, along with young kids in the hallway getting high on drugs in plain view of their parents and the city officials, showing absolute disdain for any authority, and the well-dressed officials at the party stumbling on the dance floor, many passed out on the tables, the rank and file bureaucrats drinking the finest liquor and French wine, with Nina wearing a fiery red dress with gaudy jewelry that is meant to impress, a woman who has accumulated riches at the expense of the lower class that she ironically rose out of that she now totally disdains.  What’s perhaps not surprising is the link between this decadent display of wealth and affluence and the Communist-era of doing business, a system entirely based upon monetary favors.  When Federotov returns confirming the kid’s suspicions, all out war develops in the verbal sparring back and forth at the table, each one accusing the other of pocketing money for personal gain, where it’s like sharks in the water during a feeding frenzy, all taking place while the party is in full swing, with the nonstop thumping of the bass heard from the adjacent room serving as a constant reminder of an endless carousal of drunken revelry.  It’s a surreal moment on a devastating magnitude confirming one’s worst suspicions, becoming a refresher course on how to shake down an entire population through unprecedented shortsightedness and greed, where one hears the phrase:  “A fish rots from the head down.”  The resolution is a remarkable piece of political theater, where the Stalinist policies of the past have never really gone away, but are resurrected for moments such as these where people are viewed as replaceable parts in a bigger picture that exists only for a significant few.
Posted by Robert Kennedy at 12:01 AM