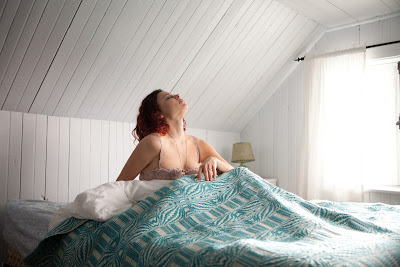 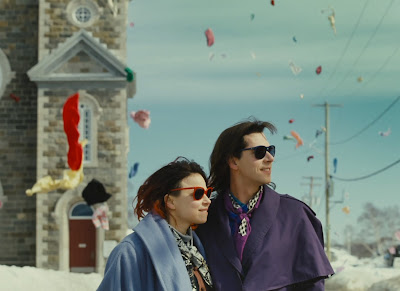 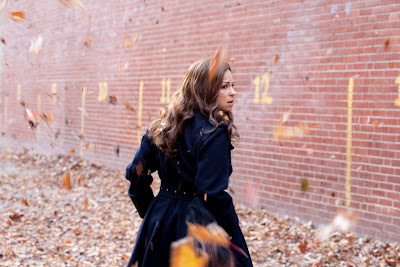 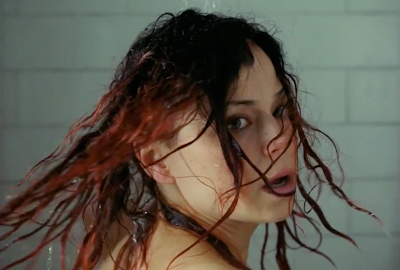 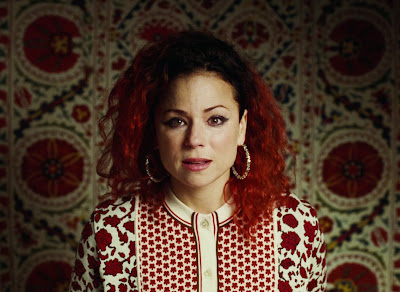 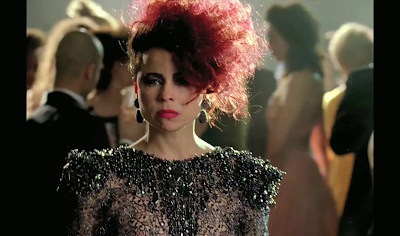 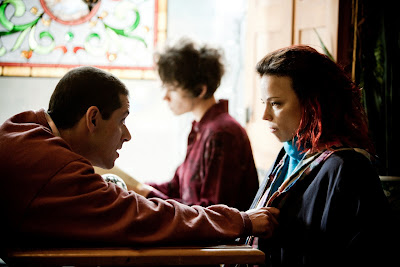 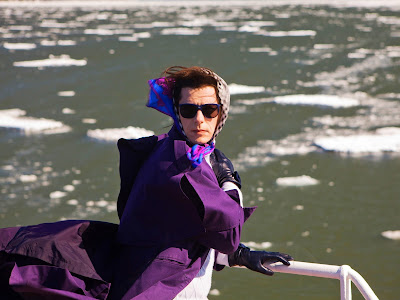 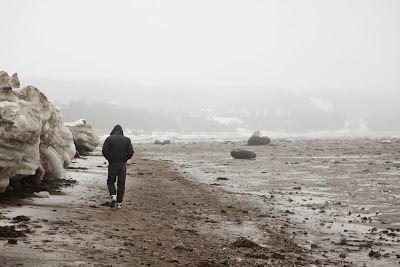 
Easily one of the movie experiences of the year, yet this film was inexplicably chosen to bypass theaters from the entire Chicagoland region and instead played for less than a week in the barren and isolated realm of South Barrington in a 30 theater Cineplex that sits in the middle of an empty field, where at the time tickets were purchased the box office clerk had never heard of this film, where a friend and I were the only two patrons (perhaps all day, perhaps all week) to watch this incredible movie.  Only 19 and 21 when he made his first two movies, now 23-years of age making his first film that does not star the director, he nonetheless writes an original script, directs, edits, subtitles, produces, and does the costume design for his third film, something of an epic romance, a film navigating ten years in the complex and turbulent relationship between a couple in the throes of love where at age 35 the man becomes an openly female transsexual, a gender shift that tests the boundaries of love and tolerance.  The cinematic reach of this film is simply outstanding, where one would be hard pressed to find a more originally conceived film all year, where the fluidity of the slo-mo and hand-held camera movement by Yves Bélanger is balanced by perfectly composed shots, likely by the director himself, where the look of the film is meticulously shaped.  The acting throughout is superb, especially the passionate and powerful performances of the two leads, Melvil Poupaud (who first worked for Raúl Ruiz at age 9 and a last-minute replacement for Louis Garrel) from Ozon’s HIDEAWAY (2009) and TIME TO LEAVE (2005) as the more subdued Laurence and Suzanne Clément as the fiery Frédérique, more commonly called Fred, where there are blown up moments of anger and melodramatic excess, but also quietly heartfelt moments of restraint that express an intimate sincerity, approaching a kind of honesty rarely seen in films today.


Not since Kenneth Lonergan’s Margaret (2011) has a film delivered so many sensational sequences, where the sheer originality factor is impressive, as every scene is beautifully set up, and Dolan’s exquisite use of music can be jaw-dropping on occasion.  Some may feel cheated that the story only tangentially explores gender identification, never approaching a sex change, that it is far more about the tragic effects of an impossible love saga between two strong-willed, artistically inclined characters.  Both, however, are clearly defined, where at nearly three hours in length the film is a marathon for all concerned, where the emotional peaks and valleys are explored at length, delivering cluster bombs of emotion, giving the film a novelesque scope, thoroughly taking its time, often lingering far longer with characters than other auteurs might dare, a common criticism of Cassavetes as well, giving the film a few jagged edges and a feeling of imperfection, where this is not the shortened product as a result of studio demands, but already feels like the extended director’s cut.  Despite claims of youthful indulgence or exaggerated overstylization that make conventional filmmaking seem like ancient history, it remains one of the best and most convincingly moving films seen all year due to the director’s unflappable persistence in accentuating such a deeply felt, carefully nuanced level of humanism.


Set in and around Montreal during the late 1980’s and early 1990’s, the story spans an entire decade, using a completely naturalistic film style intermixed with surrealist bursts of inspiration, where perhaps no one uses music to the same dazzling effect as Dolan, expressing the state of mind of the characters while also providing an infectious dose of youthful energy.  The film begins in an empty apartment, curtains flapping in the breeze, as a door closes like an ending chapter from a book, as Laurence walks outdoors into the light of day dressed as a woman, drawing looks of curiosity and surprise, perhaps even flirting with danger, set to Fever Ray’s “If I Had A Heart” Exclusive: Watch The Opening Sequence From Xavier Dolan's ...  (2:23), where Dolan startlingly provokes the audience with a montage of close-ups and faces, where the viewing audience itself is reeled into this spectator observation mode, becoming part of a collective Greek chorus that bears witness to the events we are about to see.  All in all, this is an exceptionally delivered opening sequence, before backtracking and telling the story entirely in flashback.  Laurence is a 35-year old award winning novelist and literature professor who asks his students questions like:  “Can one’s writing be great enough to exempt one from the rejection and ostracism that affects people who are different?” while Fred works as an assistant director in the movie industry.


All of Dolan’s films are comments on gay culture, where this one may dig the deepest, showing inconsistencies between the progressive idealization and the reality of everyday life, where the shallowness of looks and appearances somewhat unexpectedly is part of the equation, intruding into areas of desire.  The couple’s happiness is expressed early on through a black light sequence, Laurence Anyways - Club scene [The Cure - Funeral Party] (1:25), where the untapped joy, energy and exuberance can be unnerving and a bit overwhelming, appearing larger than life, until out of nowhere, on Fred’s birthday, Laurence announces he’s been living a lie, that he can’t go on living as a man anymore, knowing in his soul that he was always meant to be woman, comparing it to holding one’s breath underwater for over 30 years, finally allowed to surface for air.  Initially, finding this outrageous, Fred is aghast and thinks nothing could be more cruel, but soon comes around to realizing that whatever it is, irrespective of the abject negativity Laurence has received from both families, especially Fred’s bitchy sister, Monia Chokri, a dour picture throughout of pessimism and gloom, deciding she needs to be there for Laurence, becoming her biggest supporter, helping her through the transition with hair, makeup and clothing.  After a few failed attempts, Laurence arrives in the classroom dressed as a woman, to a pall of silence, broken finally by a question asked about homework, but the state of mind is sumptuously revealed to the music of Headman’s “Moisture (Headman Club Mix)” Laurence Anyways (2012) Best Scene YouTube (2:33).


Despite the cruel difficulties that Laurence must endure, where prejudice contributes to a whopping 41% attempted suicide rate among the transgendered, even worse for non-whites or those living outside metropolitan areas, the film exhibits various stages of shaky confidence, where her life is never trouble free, including getting the crap beat out of her, exactly as portrayed in Fassbinder’s mother of all transgender films, In a Year of 13 Moons (In einem Jahr mit 13 Monden... (1978), it also leads to a mental breakdown of sorts from Fred, who is ill-prepared to handle such a major psychological change, as she feels her life literally coming apart, where the camera follows each of them as they go their separate ways, feeling a bit like the tragic end of The Umbrellas of Cherbourg (Les Parapluies de Cher... (1964), where another all-consuming love gets lost and slowly fades from view, yet remains very much alive in the minds and imaginations of the viewing audience.  Fred’s re-entry into fashionable high society is expressed in a surreal entrance to an extravagant society ball, where she literally floats into the party, to the music of Visage’s “Fade to Grey” Laurence Anyways - Scène du Bal - YouTube (2:58), where the director can be seen lighting a cigarette at 17 seconds.  Laurence maintains a somewhat masculine look and retreats into the fringe regions of transgender society, including a family of aging drag queens and burlesque singers that feel right out of a Fellini movie, preferring a self-imposed isolation where she can write and heal her own wounds.


Perhaps the scene of the film is set to Beethoven’s 5th Symphony, a composition of manic and furious energy, where after continually being denied entrance back to her parent’s house, for fear of how this radical transformation might effect her father, she finally returns to the front door drenched in a downpour of rain, a truly pathetic sight, where her mother, a picture of chilly, overcontrolled perfection as played by the stately Nathalie Baye, simply can endure no more, picking up the television that her husband is continually planted in front of and slams it to the ground, inviting Laurence into the doorway in full view of her father, deciding straightaway to get a divorce, where her life will forever include the daughter she never had.  For Laurence and Fred, however, attempts to stay together do not end so well, where we are treated to an emotional blitzkrieg of accusations and confessional outpourings, with an incendiary performance by Suzanne Clément (showing at least a dozen different hairstyles) that should elevate her to the cover of fashion magazines and star status, where she ferociously defends the man/woman she loves, Laurence Anyways - Restaurant Scene (English Subtitle) YouTube (2:31), utterly confused herself by what it all means, where Dolan repeatedly drags us through the mud of hopeless despair, rubbing our noses in the derailed aftereffects of a broken romance, until sheer exasperation drives them away.  While they do briefly reunite years later, expressed with a giddy Surrealist happiness in the winter snow, Laurence Anyways - Ile au Noir scene (1:48), it quickly fades again into a distant memory, as the film is about how brutally hard it is to survive loving someone, where Dolan’s brilliance in depicting an aura of love transcends the transgender story of what it means to be your true self, as the film ends on a beautiful grace note back at the beginning, with a door opening at the first sparks of love, when “everything was strange and new.”
Posted by Robert Kennedy at 2:40 AM