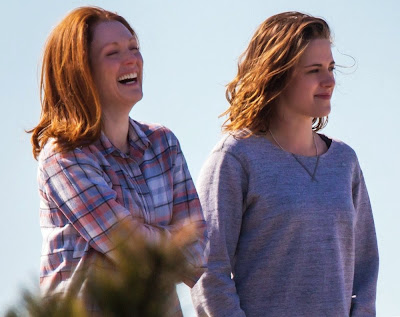 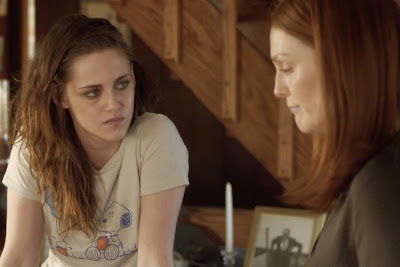 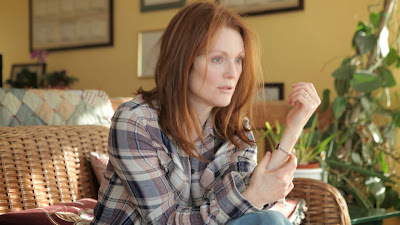 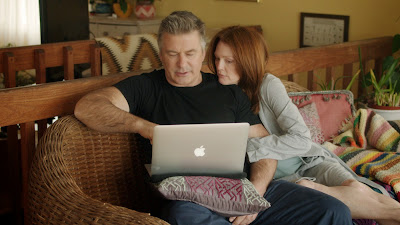 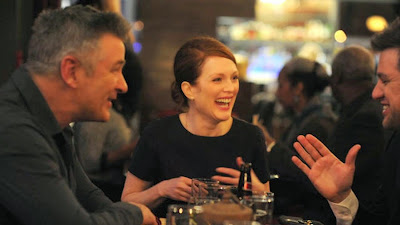 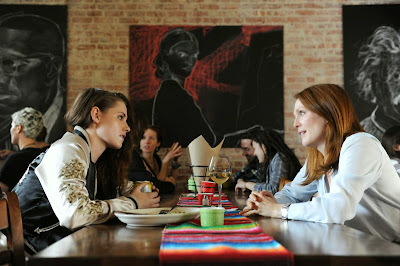 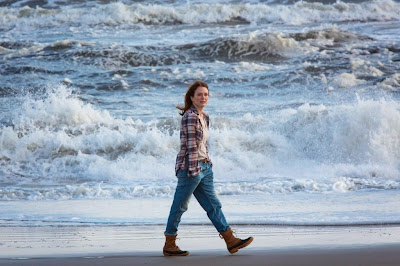 Night flight to San Francisco; chase the moon across America.  God, it’s been years since I was on a plane.  When we hit 35,000 feet we’ll have reached the tropopause, the great belt of calm air, as close as I’ll ever get to the ozone.  I dreamed we were there.  The plane leapt the tropopause, the safe air, and attained the outer rim, the ozone, which was ragged and torn, patches of it threadbare as old cheesecloth, and that was frightening.  But I saw something that only I could see because of my astonishing ability to see such things: Souls were rising, from the earth far below, souls of the dead, of people who had perished, from famine, from war, from the plague, and they floated up, like skydivers in reverse, limbs all akimbo, wheeling and spinning.  And the souls of these departed joined hands, clasped ankles, and formed a web, a great net of souls, and the souls were three-atom oxygen molecules of the stuff of ozone, and the outer rim absorbed them and was repaired.  Nothing’s lost forever.  In this world, there’s a kind of painful progress.  Longing for what we’ve left behind, and dreaming ahead.  At least I think that’s so.
―Tony Kushner, Angels in America, Part Two: Perestroika, 1993, read to Alice (Julianne Moore) by Lydia (Kristen Stewart)

Any film that graphically depicts the harsh personal struggles of dealing with a debilitating disease is going to be a tearjerker and a challenge for the viewing audience, as it can’t help but make people feel uncomfortable, much of it bordering on real life horrors.  Up until now, perhaps the definitive film on Alzheimer’s Disease has been Sarah Polley’s Away from Her (2006), centered by such a superbly crafted performance from actress Julie Christie, where the essence of the film, featuring a slow descent into forgetfulness, is maintaining the dignity of the character.  Coming nearly a decade later, Julianne Moore is rather remarkable in conveying the deteriorating effects of losing her memory, especially considering she is the focus of every single shot throughout the entire film, where time plays such a significant factor, as she has such little time left where she can remember anything.  Written and directed by real-life partners, Richard Glatzer was diagnosed with ALS in 2013, where one imagines this may offer special insight and sensitivity toward the material.  Continually attempting to avoid cliché’s, what these two films have in common, besides powerhouse performances and such intelligent lead characters, is a delicate approach to the subject, where the overwhelming effect is revealed by the accumulation of tiny details.  Adding to the overall drama is the audience getting to know Alice (Moore) at age 50, a linguistics professor at Columbia University, a celebrated professor at the height of her career who specializes in the art of communication, where her entire focus in life has been elevated by her unique and uncanny ability to express herself and say exactly what she means.  When words start to fail her, it has stunning ramifications particularly in her case, because the more intelligent you are, the quicker the noticeable deterioration of dementia.  While she has a loving husband in Alec Baldwin as John, a biologist somewhat absorbed in his work, and three grown children, including aspiring doctor Tom (Hunter Parrish), expectant mother Anna (Kate Bosworth), and aspiring actress Lydia (Kristen Stewart, once again excellent), there is an existing family dynamic that becomes more evident as her disease progresses.

The film is based on Lisa Genova’s 2007 bestselling novel of the same name, where the author has a PhD in neuroscience from Harvard.  As Genova’s grandmother had Alzheimer’s disease, discovered in her mid-80’s, she became fascinated by the progression of the disease, wondering what it was like from the view of the person with Alzheimer’s.  Genova did a considerable amount of research and study on people in the early stages of Alzheimer’s when they could still describe their impressions of having the disease, reading every book she could find, interviewing neurologists, physicians, research scientists, genetics counselors, and social workers, while exchanging emails daily with people around the world living with early onset dementia.  Genova describes recollections of her grandmother in an interview with the Alzheimer Research Forum, Interview with Lisa Genova - Alzheimer Research Forum.


We cared for her, but there was little we could do but watch this disease systematically disassemble the woman I knew as my grandmother. She didn’t know her kids’ names. She didn’t even remember that she had any children. She didn’t know where she lived. She couldn’t remember to go to the bathroom when she needed to. I would watch her looking at her own face in the mirror and not understanding the image she saw reflected back. She would care for these little plastic dolls as if they were real babies. It was heartbreaking.

As a result, the film gets the tiny details right, where more than 60% of Alzheimer’s patients are women, twice as likely to develop the disease upon reaching age 60 than breast cancer, and they are more likely to be the caregivers of those with Alzheimer’s.  While the film starts out with only minor incidents of forgetfulness, nonetheless Alice visits a neurologist on her own without telling her husband.  By the time John is brought in, the diagnosis has been confirmed, a rare incident of early onset dementia, where Alice is trying to come to terms with the inevitable while he’s in a state of denial and disbelief.  One of the most horrifying realizations is the extent of genetic transmission linked to their children, where the entire family is personally affected.  While she tries to maintain her independent lifestyle for as long as she can, she forgets pertinent subject matter during her lectures and eventually has to resign, where she’s seen exploring assisted living homes, where they assume she’s there on behalf of an elderly parent.  One of the most startling revelations in the film is the shame involved, as patients get lost, can’t figure out why, and can’t describe how they got there, as it’s an invisible disease with no cure, where Alice actually suggests she’d rather have cancer, as that’s at least something people can identify with.  Alzheimer’s patients simply disappear from their own known consciousness and are required to spend their lives in hiding, lost to their families and the people they love.  Alice has a modern family that is computer literate, doing much of their work on computers, while constantly communicating with each other on their cell phones, though Alice expresses her worries and concerns for her wayward child, Lydia, on cross-country skype visits.  One of the most effective devices used in the film is the grainy use of home movies, which serve as Alice’s reflections into the past, where over time she is unable to distinguish between the separate time barriers between the past and the present, where it all runs together into one stream-of-conscious present, often at odds with the “real” world.

The marital dynamic is challenged in the extreme, as John is in his prime earning years, where this medical condition can last indefinitely and sap the family resources.  Knowing she has limited cognizance, she suggests they spend a year together in the remote isolation of a romantic locale by the ocean, as this may be her final year as herself.  In most families, this may not be economically feasible, which is John’s concern, especially as he’s being offered a prestigious once-in-a-lifetime position that he’s worked his entire life to obtain at the Mayo Clinic in Minnesota.  Believing he can’t turn down the offer, Alice has no interest in leaving everything that still remains familiar to her.  This kind of disruption is at the root of what families are forced to face when dealing with this disease, as it often comes so unexpectedly, where one’s life is literally turned upside down, where the patient requires 24/hours-a-day care, which is not inexpensive.  To ward off the inevitable for as long as she can, Alice relies entirely on her Blackberry, reminding herself of things to do while asking herself five questions every day.  When the day finally comes when she can no longer answer the questions, she instructs herself to go to her computer and follow the instructions of a specifically labeled file, where she has eerily left a message for herself, reminding her who she was, how smart she was, and what she needs to do next, simply a shattering moment that couldn’t be more heartbreaking.  The devastation of the moment is a poignant reminder of the personal deterioration, where it becomes harder if not impossible to maintain anything resembling a close relationship with someone who often no longer knows who you are.  Much of the film accentuates Alice’s strengths and unique abilities, where Julianne Moore, without being showy, offers the most nuanced performance of the year, showing a maturity in the role and a range of emotion few can hope to achieve, while also reflecting the kinds of difficult discussions family members must have in order to make the painful decisions involved, where they ultimately have to decide what to do with Mom.  Perhaps not surprisingly it’s Lydia, the wayward daughter, who beautifully channels a sense of “exasperated compassion,” where the film uses a Tony Kushner passage from Angels in America, Part Two: Perestroika that rises to a poetic moment of shared transcendence, a wisp of humanity that truly challenges our role in dealing with these extraordinary moments of personal crisis.