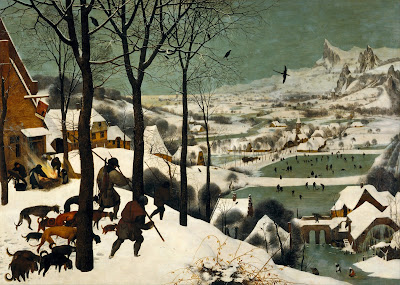 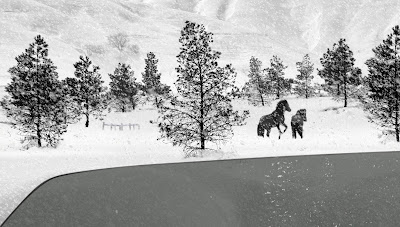 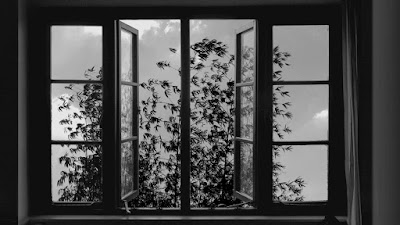 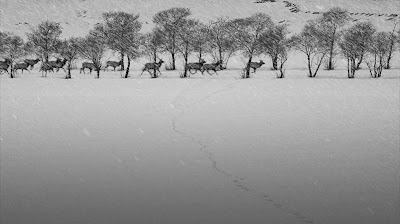 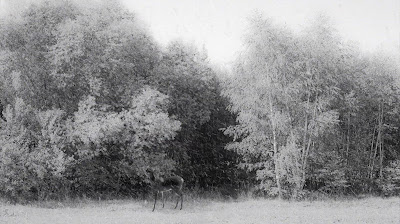 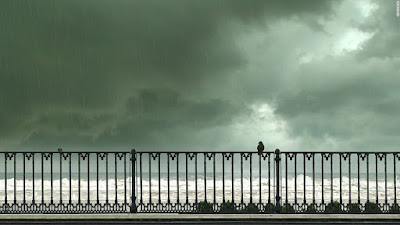 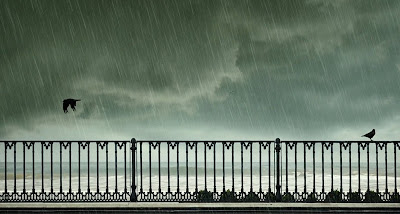 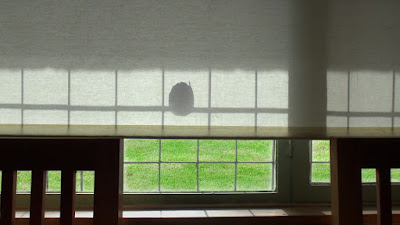 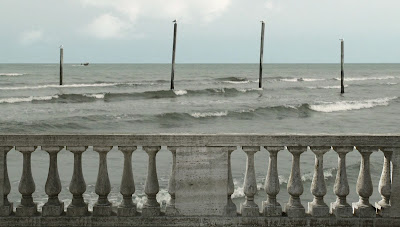 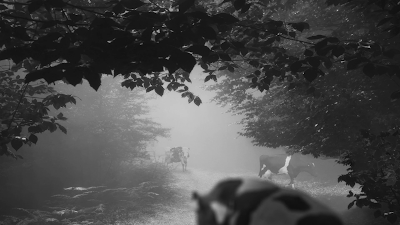 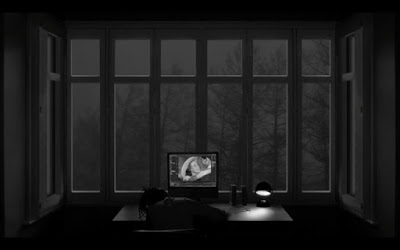 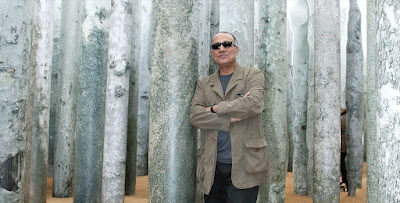 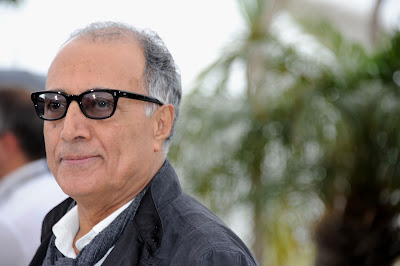 I always wonder to what extent the artist aims to depict the reality of a scene.  Painters capture only one frame of reality and nothing before or after it.  For the “24 Frames” I decided to use the photos I had taken through the years.  I included 4’30” of what I imagined might have taken place before or after each image that I had captured.
—Abbas Kiarostami

As improbable as it sounds, the last fleeting image of a Kiarostami film is set to an Andrew Lloyd Webber show tune, “Love Never Dies,” sung by Sierra Boggess, Sierra Boggess - "Love Never Dies" YouTube (4:58).  For many this may be hard to believe, considering the fact Kiarostami ushered in an era of completely non-commercial filmmaking, a bare-boned aesthetic, using non-professional actors, including children, in natural, real-life settings, and original scripts, told in a minimalist manner where there isn’t an ounce of artifice, while often showing the film crew in his shots, acknowledging how truth and reality are conveyed in a near documentary style, blurring the lines between movies and life, yet it’s an artform after all, a visualized conception of reality.  One of the most influential filmmakers in the world in the 1990’s, part of the Iranian New Wave, but the oppressive nature of the Iranian government since then has transformed the country into a less open and tolerant society, arresting filmmakers, sending others in exile, like Makhmalbaf and Kiarostami, who were largely living in Paris, where their films have been much harder to find.  While his films were never officially banned from Iran, the government simply refused to show any of them for more than 20 years.  But Kiarostami changed the distinctive quality of his filmmaking style, perhaps representative of his more nomadic lifestyle, tinkering with audio and video formats, becoming more theoretical and abstract, perhaps more known as a philosophical poet of experimentation before bursting back into international prominence with CERTIFIED COPY (2010), one of the most acclaimed films of the year, starring Juliette Binoche, a world-renowned actress, showing a newly discovered versatility, yet, surprising many, it was also the director’s most commercially accessible film.  Following that with a film made in Japan, Like Someone in Love (2012), something the director always wanted to do, using a myriad of translators, which opened doors in Asia, expanding his work on the world stage, becoming more global, though he may never have been universally accepted.  According to Jonathan Rosenbaum from The Chicago Reader, May 28, 1998, "Fill In The Blanks":

In different ways all these artists were expressing what it meant to be alive in their times and worlds.  But for them to offer us something new, it was necessary to take something away—something familiar about storytelling that got in the way of fresh perceptions.  If the major additions to film art offered by Antonioni, Bresson, Godard, Rivette, and Tati—as well as by Chantal Akerman, Carl Dreyer, Hou Hsiao-hsien, Abbas Kiarostami, Andrei Tarkovsky, and Bela Tarr—are at times perceived as subtractions, this is because we tend to bring old habits with us when we go to movies.  New habits are unlikely to be formed without some conflict, during which various kinds of seduction and frustration will vie for supremacy.  Some viewers never get past this stage.  Other viewers simply want to keep going to movies to forget their lives and their troubles—including more than a few prestigious reviewers and distinguished scholars—so they hang on to their old habits and ignore the issue.

There’s no getting around the fact that the movies of Abbas Kiarostami divide audiences—in this country, in his native Iran, and everywhere else they’re shown.  Even in France, where his work has probably been celebrated longer than anywhere else, a couple of his earlier features reportedly flopped, though subsequent ones gained a passionate following—a pattern that resembles my own mixed reaction when I first encountered his work about five years ago at the Toronto film festival.

However there is no disputing Kiarostami’s pioneering status in international cinema, always staking out an individualistic, moral path, becoming one of the great arthouse directors whose works are refreshing and illuminating, also somewhat ambiguous, yet he died in July 2016 at the age of 76 from complications arising following gastrointestinal surgery.  A noted photographer and poet, he had spent three years working on a final project that was nearly completed when he died, finalized in post-production by his son Ahmad.  Bearing similarities to Kurosawa’s late work DREAMS (1990), the film is a series of short vignettes, initially contemplating a series of artworks, adding personal musings surrounding those images through the use of digitally constructed CGI computer graphics, literally animating still images with his own thoughts and reflections, mixing artifice with reality.  Shifting his emphasis from works of art, and having to obtain the rights for those images, to a series of personal photographs, though the opening remains an infamous artwork, Bruegel’s famous 16th century painting Hunters in the Snow (https://upload.wikimedia.org/wikipedia/commons/d/d8/Pieter_Bruegel_the_Elder_-_Hunters_in_the_Snow_%28Winter%29_-_Google_Art_Project.jpg, currently in the public domain), which serves as an inspiration for all the remaining 23 frames, each one identified in ascending order.  Used by Russian director Andrei Tarkovsky in consecutive films SOLARIS (1972) and THE MIRROR (1975), he claimed in his book Sculpting in Time, “Art symbolizes the meaning of our existence” which may as well be the guiding light of the film.  After a moment of stillness, there is brief movement of the birds in the trees before smoke can be seen coming from one of the chimneys, followed by another, as the sound of cows and cowbells can be heard before we see them cross in the snowy white expanse between two frozen ponds, agitated dogs bark, while birds take to the air, all except the one already in midflight which remains motionless throughout, then snow gently starts to fall.  What stands out is Kiarostami’s love of snowy landscapes, seaside settings, and the forces of nature, allowing him to ruminate on being without being.  While only minor changes occur, the subtleties are what catches the director’s eye, with many images seen through window frames, moving to an overcast seaside setting with black crows harmlessly pecking at the windowsill, creating a screeching racket before flying off.  Or we find ourselves at a forest’s edge covered in snow, looking out a car window with snow lightly falling as two black outlined horses challenge one another, lifting their legs, snorting, and stomping their feet while the music of a tango is playing.  After a while, there is a subtle and repetitive nature to the additions, minimally ambitious, understated throughout, with no earthshaking ideas, but there are repeated visits by crows, pigeons, seagulls, waddling ducks, cows, dogs, and a single cat, along with auditory sensations of the chirping of birds, a gentle swaying of trees, waves crashing along the shoreline, or the sounds of cows slowly moving across the screen, where some vignettes obviously work better than others.  Due to the inert stillness throughout, there were quite a few walkouts.

Easily the most riveting is an image that appears as a Japanese woodblock painting, with leaves rustling just outside a window in black and white, accompanied by none other than opera sensation Maria Callas in 1954, Maria Callas - Un Bel Di Vedremo - YouTube (4:37), in one of her more phenomenal roles in Puccini’s enthralling Madame Butterfly.  While there are no curtain calls for Ms. Callas, there is a shortened version of Dame Janet Baker singing the entrancing Ave Maria. Schubert. Janet Baker (with Russian art) - YouTube (6:48), adding an elegant touch of classicism to this visual exercise.  With so many cloudy landscapes in settings by the sea, you might feel the need for a newspaper and a cup of coffee, as you’ve already got an excellent overlook.  Not everything is pleasant, as there’s the aggravating barking of a dog incessantly yapping at a seagull attempting to hold its position, eventually growing irritated enough to fly away, but the dog returns and continues barking anyway, just being an overall nuisance, leading to a Tati-esque sight gag.  There are a few paintings worked into the mix, including one of people’s backs staring motionless at the Eiffel Tower, with people moving back and forth in the foreground (humans are largely absent from the film), with a street performer breaking out into song, a short jazz rendition of “Autumn Leaves” as snow begins to fall, giving a playful glance straight at the audience.  Several take place in rainstorms, with birds perched on an iron fence during a downpour of rain, something birds simply don’t do in heavy rainstorms, usually taking cover, avoiding getting drenched, but here they don’t even fluff their feathers, while in another sequence there is a pair of copulating lions, which pause and actually stop due to a thunderstorm, which seems unfathomable, suggesting there’s nothing natural in the natural world.  But it’s not all peaceful settings, with shots ringing out and animals getting shot dead, presumably by hunters, causing quite a commotion, and instant panic in the animal kingdom, while in another a cat quickly catches a bird in its mouth, moving away to make a meal offscreen, while chainsaws cut down trees, turned into a giant woodpile.  Occurring like a series of Haiku poems, the finale unravels like a classic Hollywood ending, with the soaring Andrew Lloyd Webber song playing in the background, a woman is asleep at the desk, with a computer monitor showing the final kiss sequence of Teresa Wright and Dana Andrews in William Wyler’s THE BEST YEARS OF OUR LIVES (1946), though initially it’s frozen.  Outside the window in the dark trees are moving in the breeze as the frozen image gradually starts to move in super slo-mo (with the woman asleep completely oblivious), becoming brighter as it slowly completes the final kiss, with the title card “The End” appearing on the monitor afterwards.  What’s intriguing is that Kiarostami was excoriated by the Islamic Republic for kissing French actress Catherine Deneuve when awarding him the Palme d’Or at Cannes in 1997 for his film TASTE OF CHERRY, claiming this violates Islamic rules, as they’re not married, provoking outrage in his homeland.  Accordingly, while working in Iran, Kiarostami was never allowed to show people kissing.  Turning such a bleak personal experience into a triumphant final shot may have been Kiarostami’s final message, one of unreserved hope and optimism, quite remarkable as a final shot, but the blatant sentimentality is certainly out of character from his previous films.  Perhaps that’s what the birds are chirping about so incessantly.
Posted by Robert Kennedy at 12:01 AM