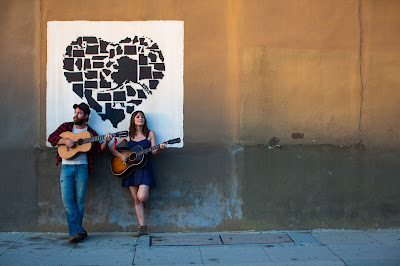 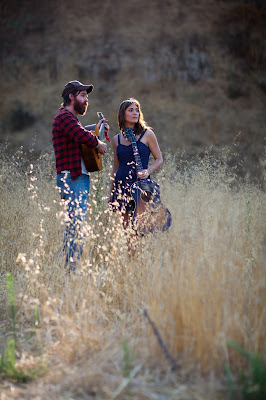 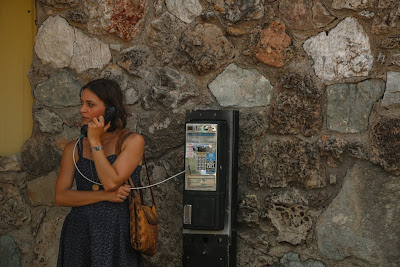 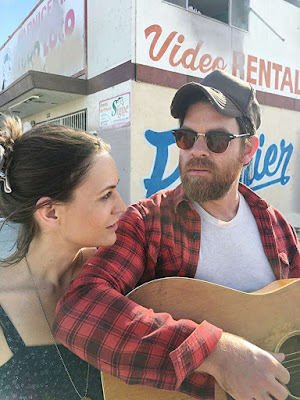 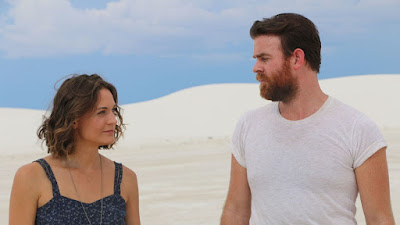 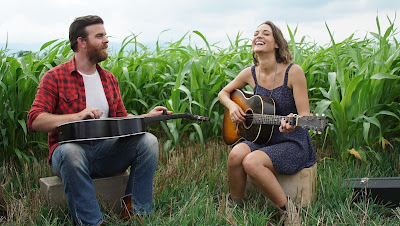 A piece of nostalgia that attempts to bring back the good old days, suggesting immediately after the 9/11 incident there was a different mood in the country, a more welcoming spirit as everyone rallied around being an American, proudly displaying American flags, where there was a collective view that we’re all in this together.  Why we need to revisit this brief moment in time is questionable, because viewed today, it exhibits all the signs of a perfect world, a panacea for all the world’s ills, an idyllic paradise on earth that no longer exists today, caught up in partisan bickering and eternal divisiveness, yet one wonders if this kind of idealized utopia ever existed.  It feels strange to return to an era with no smartphones, when pay phones were still all the rage, suggesting it was a simpler time.  What this turns into is a cross country road trip, visiting more than a dozen different states in a broken-down 1972 Chevy van that has seen better days and is subject to overheating, so it makes repeated stops along the way.  From the moment the airplane from Los Angeles en route to New York is ordered to turn around and land, as all aircraft are pulled out of the skies for a few days, we’re introduced to the central figures who happen to be sitting next to each other on the plane, Elliot (Joe Purdy), a fledgling musician who is heading to New York for a job with a band called the Hairpin Triggers, and Joni (Amber Rubarth), who needs to return to taking care of her seriously ill, elderly mother in New York.  These two unlikely figures share a cab afterwards, heading for a friend in Topanga Canyon, offering an old van to get these kids across the country.  While Elliot is more introverted, with troubles of his own, even suggestions of self-destruction, Joni is delightfully engaging and gregarious, a positive spirit opening up to total strangers, a friendly voice in the wilderness.  She is a ticket for a good time, while Elliot remains cautiously suspicious.  Nonetheless, with just a few dollars in their pockets, they head out, with the radio offering a constant drum beat of political updates, including bits of speeches by President Bush, with Joni making incessant phone calls to New York, none of which get through, causing worry and anxiety, while the person sitting next to them seems to be the least of their worries.  Elliot remains standoffish, keeping to himself, projected as a loner who does little to accommodate others, leaving Joni pretty much on her own.

When Elliot erupts with anger, realizing Joni pulled off the road to sleep, making little progress after he himself fell asleep, his overreaction feels misplaced.  This little spat gets under each of their skins, as they barely know one another and the trip’s just begun, with both realizing the van is subject to overheating when driven too fast, causing them to take smaller, less traveled roads to make it there in one piece.  At one out-of-the-way pit stop in the middle of nowhere, Joni returns to the van, parked some distance away, as Elliot’s inside singing Red River Valley YouTube (3:00), which she quickly joins in, singing harmony, with both instantly realizing they’re on to something, as they sound terrific.  It’s the first truly joyful moment of the film, with petty grievances set aside, reaching common ground through music.  From then on, there is a decidedly different tone, as suddenly both are viewed as unique individuals, with a newfound respect for what they each offer.  As it turns out, both are real-life musicians, but neither has acted before, so the first-time filmmaker eschews large onscreen moments and instead focuses on smaller, more intimate experiences allowing personalities take over.  Rubarth is a natural, providing a warmth and sincerity not often found onscreen, exhibiting an infectious openness, sweetly suggesting they’ll start a new movement to “Bring back the folk!,” while in comparison Purdy always seems to be holding something back.  When we hear Pete Seeger on the radio singing Spanish while passing through border towns, Pete Seeger - Preserven El Parque Elysian [1966] - YouTube (3:21), we’re in for a surprise, as at one stop Elliot develops a friendship with a Mexican kid while Joni is proudly handed a tiny American flag by the Hispanic owner of the establishment, “from one American to another,” the kind that sits on the dashboard.  In a gesture of good will, Elliot puts on a cheesy pair of novelty flag sunglasses, offering another pair for Joni (it was a 2 for 1 special!), where they look like they’re wearing 3D glasses as they head on down the road.  Marking off states that they pass through, we get an idea of where we are throughout the journey.  One of the standouts is discovering Dale (David Fine), a reclusive Vietnam vet out in the desert who initially warns them off his property before welcoming them into his trailer.  Recommended by people in town for his ability to fix cars, though eccentric, he pulls out the welcome mat, offering food and drink, not to mention stories, while the two of them sing songs for their supper, turning into a perfectly delightful evening, taking a look at their van at first light, offering his truck for a night.  Staying at a nearby motel, they stop at a corner bar for a few drinks, stepping out afterwards with Joni euphorically dancing to the car headlights and one of her favorite songs, Kitty Wells -**TRIBUTE** - Jambalaya (On The Bayou ... - YouTube (2:15), capturing such an indelible moment that one of the bystanders tells Elliot, “Well if you won’t marry her then I will.”

As they head East, accompanied by lonely traveling songs like Jerry Garcia & David Grisman: Freight Train - Not For Kids Only ... YouTube (5:20), the film takes on more idyllic themes, one of brotherhood and world peace, finding benevolent communities tucked away in the Appalachian hills where kind folks offer plenty of food and drink, joining in on singalongs around a campfire, where they are treated like rock stars.  This kind of universal fraternity is likely what the filmmaker had in mind when making this picture, though it’s bathed in fantasia, the exact opposite of John Ford’s more reality-based Depression-era portrait in The Grapes of Wrath (1940), depicting a working class nightmare of exploited labor.  Why this film paints such a rosy picture is anyone’s guess, though it tries to provide alternative glimpses of human nature, running into two young female hitchhikers, Bianca (Miranda LaDawn Hill) and Emily (Emma Thatcher), a lesbian biracial couple hitchhiking back East from San Francisco, where Bianca intends to come out in front of her parents.  Willing to chip in for gas, showing an offbeat sense of humor, they are a welcome addition to the trip, helping with the driving as well, able to cover more distance, which is greatly appreciated, quickly making friends with our weary travelers, emblematic of the unity expressed post 9/11.  Both are invited inside to share a meal and meet her parents in Virginia, which immediately turns awkward, as Bianca’s father (Bruce Beatty) offers a diatribe of staunch conservatism, the only injection of a hard-line political stance, like he needs to get this stuff off his chest.  But when his daughter makes a heartfelt plea for her partner, literally pledging her love, her father resolutely condemns her insolence, expressing righteous anger and indignation instead of support, with his wife trying to calm down their distraught daughter, offering comfort instead of rage.  This is the only moment in the entire film that Elliot actually stands up for someone, respectfully adding his view that after so many people lost their families and loved ones to the 9/11 attack, they should feel fortunate that their entire family is still together, claiming they haven’t found two better people on their travels across the country.  With that, they make a quick exit, yet the scene is an example of the crude divisiveness of rancor and politics, in contrast to the rest of the harmonious experiences in the film, including somber images from New York City.  What’s perhaps surprising is the PG nature of the film, never delving into a mere suggestion of a romantic development between the two leads.  Considering all their time spent together in such close quarters, this feels incomplete and unlikely, but the film never really delves under the surface, using music to probe matters of the heart, instead envisioning a momentary daydream, a “what if?” scenario, recalling the prophetic Rodney King plea, wondering why we can’t all just get along.  Perhaps overly simplistic in its feel good message, this film does introduce viewers to Amber Rubarth, who is something of a revelation in this film, also seen here:  WASHING DAY - Amber Rubarth Music Video - YouTube (5:33) or Amber Rubarth - "Just Like a Woman" (Bob Dylan cover) - Live at ... YouTube (4:11).
Posted by Robert Kennedy at 12:01 AM