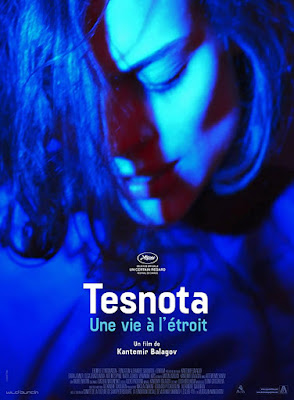 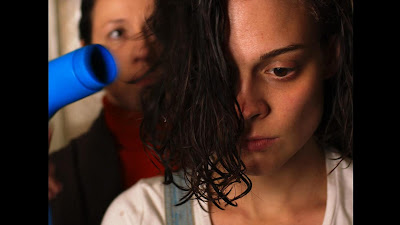 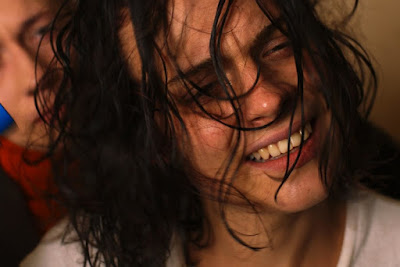 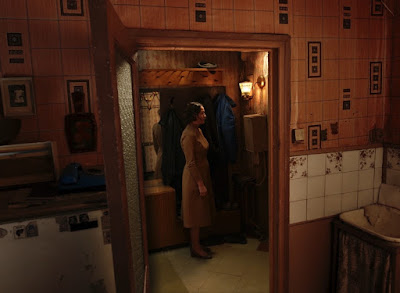 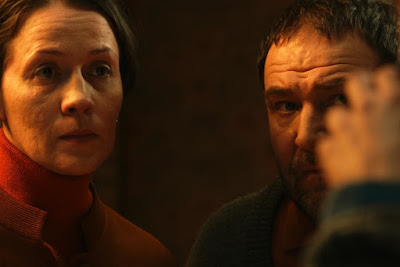 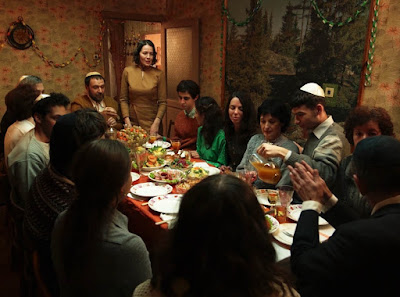 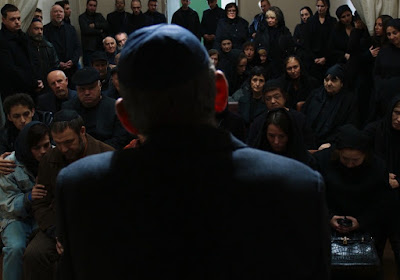 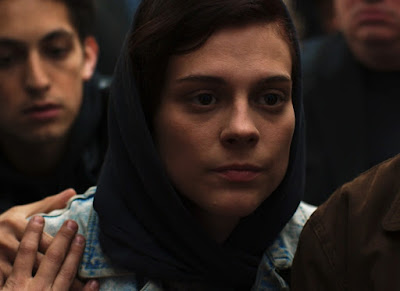 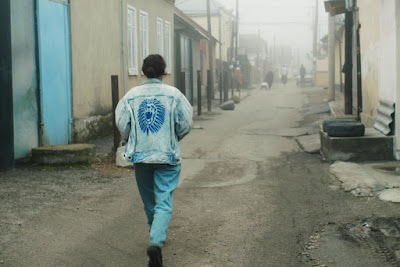 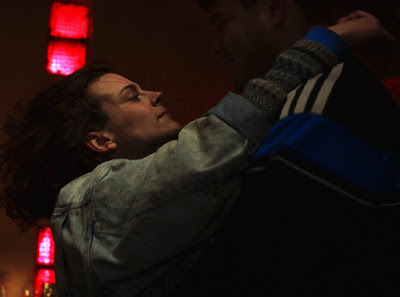 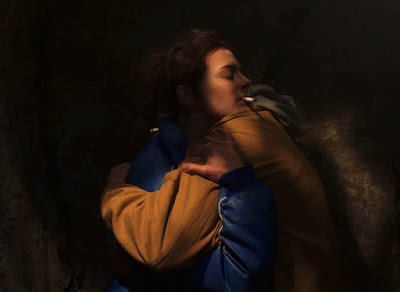 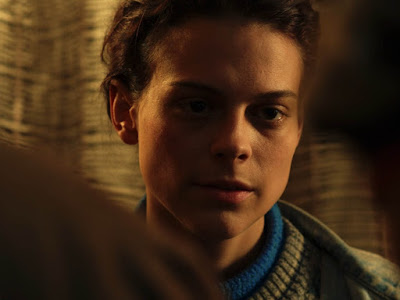 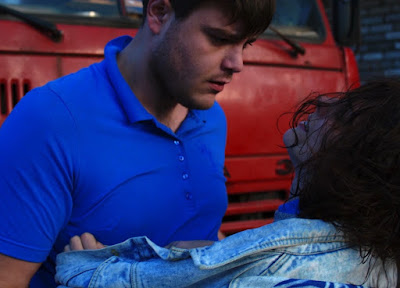 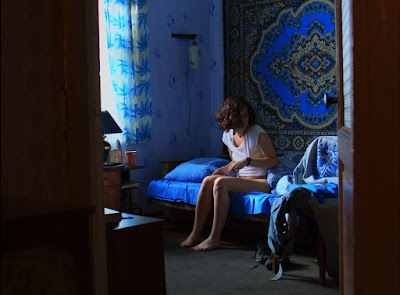 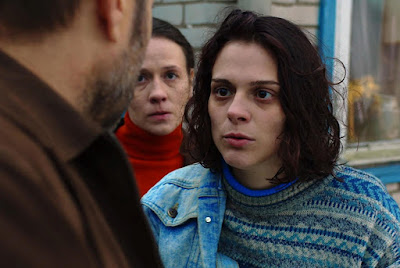 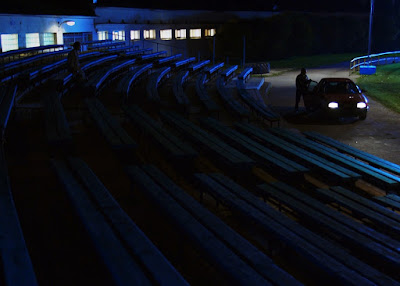 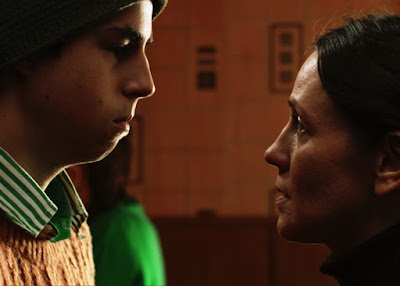 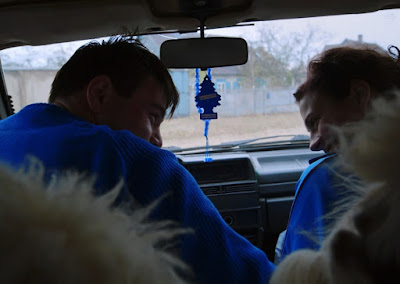 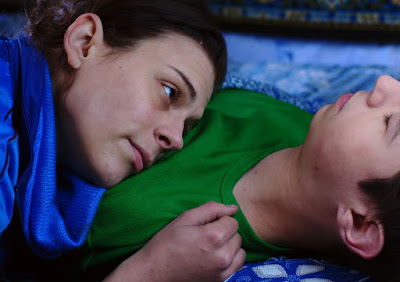 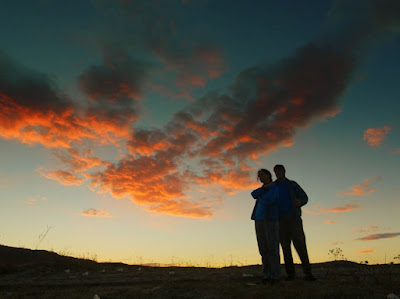 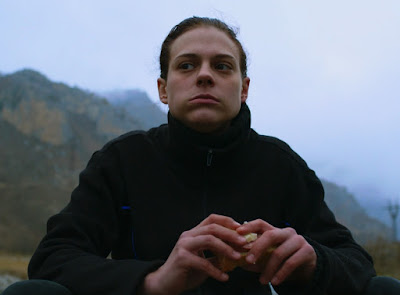 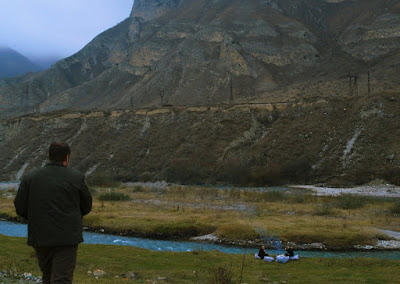 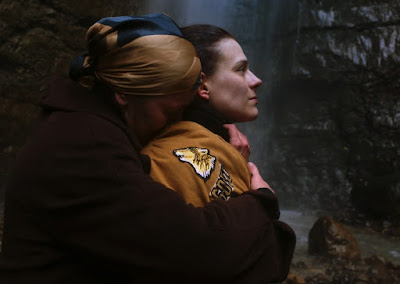 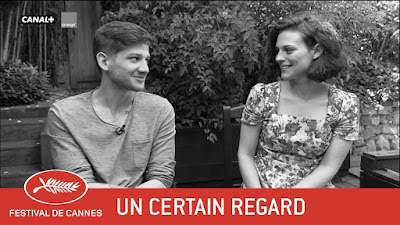 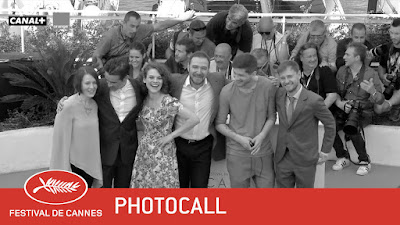 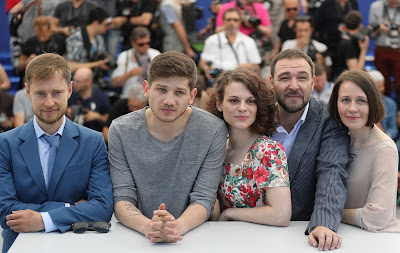 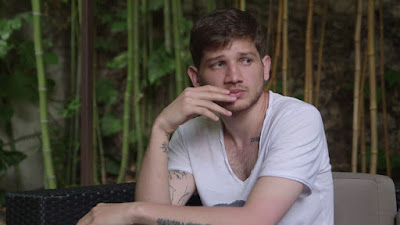 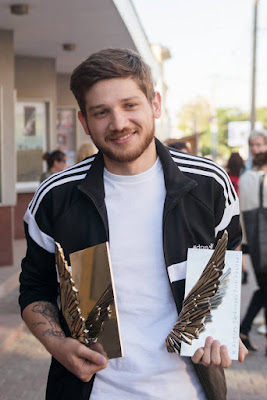 A film that takes us into a little-known region of Russia that we would likely never know about were it not for cinema, providing unique insight into the tribal culture of the Kabardino-Balkar Republic in the northern Caucasus region north of Georgia.  Premiering at Cannes in the Un Certain Regard section, the film won the FIPRESCI Prize, acknowledging “A striking new voice provides an intimate portrait of a closed community.  Complete cinema.”  Studying under Alexander Sokurov, who co-produced the film, this intense debut feature is nothing at all in that vein, much more of a blunt, social realist drama full of changing tones and texture, striking a raw nerve with many viewers for including grainy video footage of actual war atrocities from the Chechnyan war that amounts to little more than a snuff film, producing many defiant walkouts at Cannes.  This takes filmmaking to a moral edge, perhaps crossing the line into forbidden territory, though the film is riveting throughout, largely due to what amounts to the performance of the year by lead actress Darya Zhovner, who is utterly unforgettable in the role, providing astonishing range for a newcomer, wild and totally unpredictable, where you simply can’t take your eyes off of her.  Told with a sense of urgency, the film explores old world traditions, like arranged marriages, where women are viewed as commodities, worse than second class citizens, but also ethnic prejudice and hatred, festering just under the surface, becoming the source of religious conflicts and meaningless violence.  Among the more bleak environments imaginable, what’s striking is the degree of sinister menace that lurks around every corner, where no one is safe, as rampant poverty is everywhere.  Set in 1998 in the town of Nalchik, the director’s hometown, the film is framed as a family drama, opening in a garage, where a father and son, Avi (Atrem Cipin) and Ila (Darya Zhovner), are working on cars, with Ila pointing out what Avi routinely forgets when it comes to itemizing a bill, suggesting it may be time for Ila to take over the business.  The big surprise, however, is that Ila is actually Ilyana, a tomboyish daughter who defies tradition, preferring overalls and a jean jacket, while looking, for the most part, like a boy, with a slight resemblance to the androgynous phase of Michael Jackson, especially the hair in the face and the pointed nose.
We’re only sure Ila’s a girl when her mother, Adina (Olga Dragunova), insists that she wear a dress for a special family dinner announcing the engagement of her son David (Veniamin Kac), whose closeness to Ila borders on the incestuous, which is clearly implied in an early teasing scene as they’re sharing a cigarette.  They are part of a small Jewish enclave in a region where nearly half the population are Kabardians, most of whom are Sunni Muslims.  Once Ila has a chance to throw off her oppressive dress and return to her usual attire, she runs off into the arms of a bulky hunk of a guy, Zalim (Nazir Zhukov), who pumps gas at a local gas station, surrounded by other like-minded friends who speak the Kabardian language, guys that like to drink heavily and get high on crack, viewed sitting around and watching anti-Semitic local TV shows, which is an experience in itself.  The mood quickly shifts when it’s announced that the bridal couple has been kidnapped, with a ransom demand sent to the parents, where the Jewish community meets in a tiny synagogue, but friction immediately surfaces, with neighbors harboring petty resentments and offering excuses, where they’re unable to raise what they need, only enough to bail out one.  What’s curious is that no one even thinks to contact the police, who are obviously viewed as unsympathetic, instead everything is handled within the Jewish collective.  Even more curious is that there is no backstory explaining how Jews and Muslims began living in such close proximity in the first place.  Instead it is understood this is a backwater region where anti-Semitism is an accepted practice thoroughly rooted into the prevailing culture.  Despite her parent’s warnings, Ila flaunts their authority and runs off to Zalim every chance she gets, despite the inherent danger, revealing primal characteristics, attracted to none other than the strongest among them, the leader of the Muslim tribe, the Goliath, believing he can best protect her.  When one of Zalim’s friends plays a graphic war tape of Chechnyans humiliating captured Russian officers before slitting their throats, methodical killings, moving on after each with their commander yelling out “Next!,” this is a chilling reminder of a savage brutality that borders on a sickness in the region.

With Ila involved in such a dangerously unhealthy relationship, where Jews are despised by Zalim and his gang, she moves around like a feral animal that can’t be caged or contained, yet the risks she takes grow exceedingly precarious, literally manhandled by Zalim, who views her as little more than a pet.  When she bites his lip, he stuffs her in the trunk of his car until she capitulates.  Desperately needing more cash to bail out their son, Ila’s parents resort to the unthinkable, giving Ila away in an arranged marriage to a wealthy family that can pay the needed ransom cost.  Not only does this defy everything Ila stands for, fiercely independent, unbroken, completely breaking with tradition, but it betrays her to the core of her being.  This is the real crux of the film, offering a dystopian view of freedom or reverting to an overly authoritarian, dictatorial style.  Ila’s response to the meeting of the two families, including the pairing of the couple, is vulgar and preposterously rude, leaving a bad taste in everyone’s mouth, yet she is the one feeling like a cornered rat, desperate to find a way out of the trap she’s in, becoming foolhardy, taking greater chances, resorting to more reckless behavior, culminating in a pulsating strobe light sequence (that could easily induce seizures) at a dance club that becomes almost squeamish once the music stops, as she continues to move in an uncontrollable motion, convulsive, almost spasmodic, awkwardly drawing attention to herself while easily making herself an even bigger target.  What does eventually happen remains entirely ambiguous, becoming a transformative moment in her life, however, like a baptism of fire, where she’s ultimately never the same afterwards.  When David’s release comes, after the family has sold everything they own, including the father’s business, where all they have left is the children, the film enters uneasy terrain, going off the deep end with Ila’s parents claiming they have been thoroughly disgraced and can no longer face their community, which have already sacrificed so much, insisting upon moving, even if that means leaving the children behind, issuing them what amounts to an ultimatum, take it or leave it.  David, of course, wants to be with his new bride, believing this is his chance to start a new family, while Ila has little future with the Jew-hating Kabardians.  Nonetheless, it’s particularly troubling, with all the attention paid to being a family and upholding religious traditions, just how easily the mother is willing to rid herself of her children, showing no flexibility whatsoever, literally disowning David for wanting to stay.  Even with the war atrocity footage, this is the most abhorrent moment of the film, defying what being a mother is all about, instead turning into one of the most vile and despicable creatures in the film.  While the film is remarkable in what it reveals, capturing our full attention throughout, based upon events that actually occurred, seen largely through the eyes of such a ferociously original heroine, it vividly captures a real sense of time and space that most of us could never imagine even exists.
Posted by Robert Kennedy at 12:01 AM