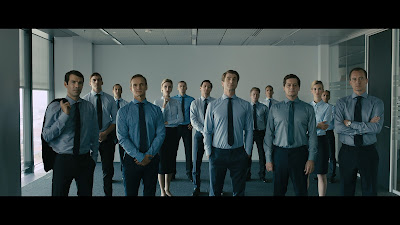 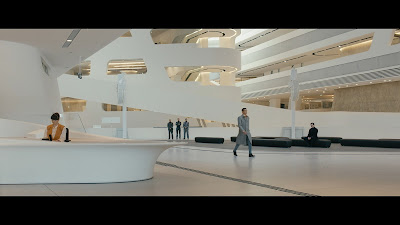 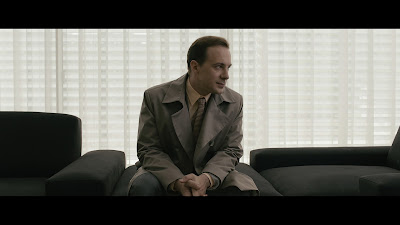 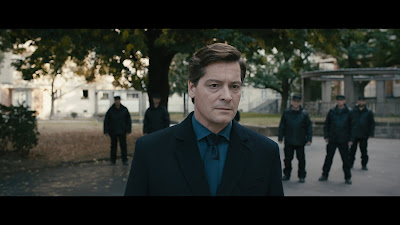 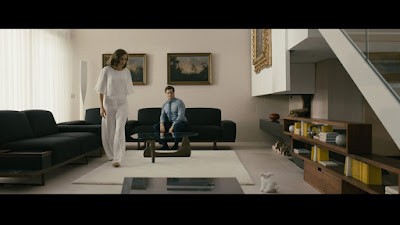 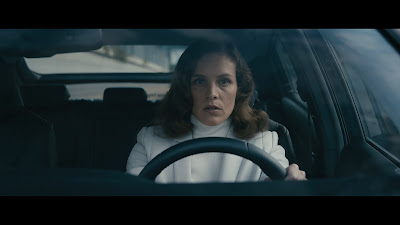 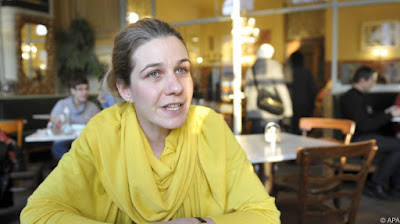 Fourteen years have passed since her earlier film STRUGGLE (2003), a wrenching look at immigrants bussed into Austria to perform the dirty, menial jobs that no Austrians would dare do, driving past the meticulously clean homes, then showing a 30-minute, near wordless montage, shot after shot of workers in the field picking strawberries, or gutting turkeys in a slaughterhouse, or polishing glasses and placing them in a case, or scrubbing down someone’s pool, which is followed by an equally austere exposé of middle class life, where jobs are a chore, with workers leading empty, solitary lives, often disconnected from their own children through divorce or separation and their elderly parents sent to senior homes, having little contact with each, where the film connects how the supposed subhuman species of migrant workers are no less exploited than the so-called successful middle class, who are commercially exploited by false expectations that happiness can be bought and paid for, languishing in a spiritual void, leading meaningless lives that are empty of love and affection.  In any case, stark imagery is used to combine what seems like two entirely opposite worlds into one brilliantly detached observation of the human race.  While fictionalized, Mader’s near-documentary film resembles the meticulous nature of the best Austrian documentaries, like Hubert Saupert’s Darwin's Nightmare (2004), Nikolaus Geyrhalter’s OUR DAILY BREAD (2005), or Michael Glawogger’s WORKING MAN’S DEATH (2005).  Mader has made another documentary, WHAT IS LOVE (2012), but it was only released in Austria with additional screenings at film festivals in Germany and Sweden, nowhere else.  Interestingly, Ms. Mader appeared at the Chicago Film Festival, requesting the expertise of an interpreter, but when one was provided from the German Goethe Institute, Ms. Mader instructed her to sit down, that she wouldn’t be needed after all, and spoke in near perfect English, suggesting an extreme Austrian aversion to German culture.

Mader continues to be a specialist in heartless human detachment, making another carefully observed exposé of Austrian culture, though this one has satiric sci-fi overtones, set in the near future, imagining a more perfect world where everything is in perfect order, with the majority of lifeless, zombie-like citizens believing they are happy and content, but free will has all but vanished on the planet, replaced by a culture of obedience and complicity, where conformity is the rule.  What this resembles is George Orwell’s dystopian novel 1984, Ray Bradbury’s Fahrenheit 451, or the early George Lucas film, THX 1138 (1971), where near robotic citizens rebel against their rigidly controlled society, which Ms. Mader suggests is an accurate picture of Austria today.  Society is divided into “top achievers,” the cheerful middle class of optimum efficiency, living in pristine neighborhoods that are immaculately clean, and the “minimum recipients,” the dregs of society from the poor neighborhoods who are sent to live sedated lives in the Fortress of Sleep, never amounting to anything.  Using actors that are void of emotion, our hero is Alexander Dworsky (Fritz Karl, bearing a strange resemblance to Colin Firth), a straight-laced financial analyst, viewed as a corporate everyman living a life of bliss, seemingly having everything anyone could ever want, with a beautiful wife, a beautiful son, and a beautiful house.  In a world where we see school children singing patriotic self-improvement songs, like propaganda expression heard during China’s Cultural Revolution, Alexander is tearfully distraught, actually showing emotion one day, observed by his son, who immediately reports him to the authorities, setting the film in motion, as Gregor Fainmann (Florian Teichtmeister), a sinister agent from Life Guidance comes to recalibrate his purpose and optimize his potential, sending him to a reeducation camp where business men in suits perform arts and crafts that resemble a return to kindergarten class.  Due to the ridiculousness of the minimum requirements, using no skill or brain power whatsoever, Alexander begins to question this intervention, to the horror of his wife, wondering if others feel the same way.

Everything Life Guidance offers comes under the guise of corporations trying to help, painting themselves in the best possible light, as if they are being as benevolent as possible, suggesting it is all for a better good, yet Alexander feels imprisoned by the extent of their reach, as everyone appears hypnotized into an artificial state of cheerfulness, like the frighteningly submissive Stepford Wives.  In order to navigate his way through this darkly mysterious world, he must defy the system by playing along, where he can’t do anything to stand out, but must blend in as perfectly as possible, investigating the inner workings of this excessively secret yet imposing organization, though this is not a film where viewers are particularly sympathetic, due to a style of austere emotionless coldness.  Using sleek interiors and architecturally clean designs, the sterile locations chosen are excellent, as nothing ever looks out of place, where modern society is viewed as a grim, impersonal world without an ounce of humor.  While there are moments of extreme Kafkaesque absurdity that spark a laugh, the film takes great pains to minimize these moments, creating instead an anguishing existential journey where we might just find ourselves in similar circumstances, with viewers living vicariously through Alexander.  Initially he explores society’s outcasts, discovering how they are treated, where there’s simply no hope of advancement to the middle class, instead they are seen as non-entities, undesirables, throwaways.  As if expecting to find the secret key that unlocks the door to all this madness, Alexander wants explanations for what appears to be a police state, with secret agents everywhere that routinely follow him.  Growing darker and more unsettling, his journey is reminiscent of Freder’s journey into the underground from Fritz Lang’s METROPOLIS (1927), though even more chilling, as the capitalist system in Lang’s film used poor workers as slaves to run the town, while Mader’s film disposes of them entirely, using the middle class exclusively to run the worker state, showing little need for the undesirables who are deemed less than ambitious.  This promotes a supremacist view, a supreme arrogance of those at the top who are viewed as successful, ultimately turning against the disposable others who are viewed as worthless, creating a built-in protectionist antagonism that keeps an authoritarian system thoroughly in charge of preserving the status quo.
Posted by Robert Kennedy at 12:00 AM