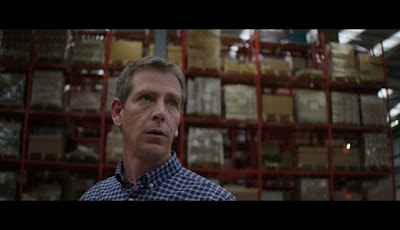 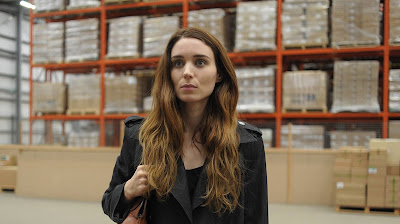 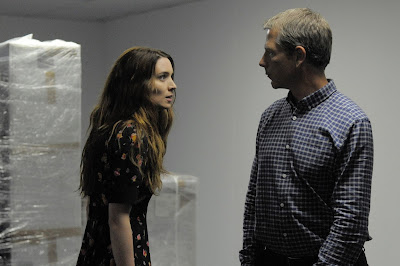 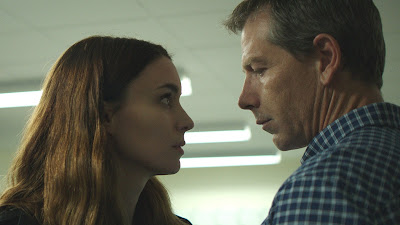 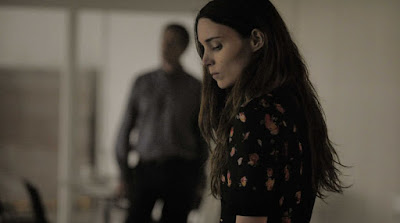 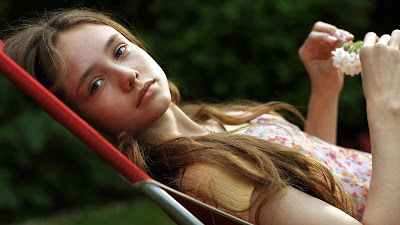 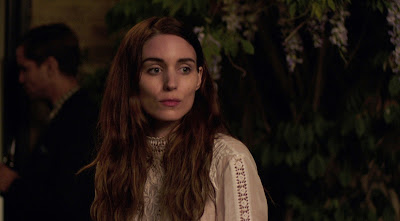 A truly ugly film, one to walk out of rather than endure this detestable nonsense, something of an international collaboration, where Australian film director Benedict Andrews adapts a 2005 play called Blackbird written by Scottish playwright David Harrower, reviving the play into a film a decade later starring Australian actor Ben Mendelsohn and American actress Rooney Mara, a pair previously involved in a sex abuse scandal with a man having sex with a thirteen year old girl next door, accidentally running into one another fifteen years later, with each confronting each other’s psychological fears and desires.  While there is some question why this was written at all, as who needs to spend an evening with an intimate examination of pedophilia, with much of this feeling leering to the subject matter and overly exploitive, there is definitely an ick factor involved right from the start.  Even worse, by the end this feels like a cop out, excusing and rationalizing the behavior of a pedophile, actually normalizing the behavior in the eyes of viewers, which is treading very dangerous territory. There is definitely a very sick feeling one experiences while watching this film, especially the flashbacks that take viewers back to the scene of the crime, which is shown in a romantic light, as young lovers very much in love, with a beguiling young Ruby Stokes (nothing like Lolita, by the way, as she’s not in the least bit a tease) playing the dreamy-eyed thirteen year old girl who starts sneaking around with the adult neighbor next door, who turns out to be her father’s best friend, where neither one expresses any hint of remorse or moral turpitude, instead they are on the verge of running away together, in the throes of some kind of idyllic feeling of love, where both are clueless to any actual criminal wrongdoing.  Shown in this light, the author dances around the subject while never really addressing any root causes for this predatory behavior, seemingly rationalizing the criminality in romantic inclinations.  This is the most disturbing aspect of the film, creating a psychological fissure between audience and screen, as what’s happening onscreen is not in the least bit eye-opening or revelatory, but is more disturbing and troublesome, as the author seems to be sidestepping the heart of the crime.

While this would arguably play out better onstage than onscreen, as it’s largely just about two people, with much of it feeling like a day of reckoning.  Opening on Una (Rooney Mara), she is a troubled girl in her twenties, living at home with her mother, working a dead-end job but visiting anonymous sex clubs by night, in a scene that could just as easily be out of Steve McQueen’s Shame (2011), where the soundtrack amps up a particularly provocative song, PJ Harvey - Down By The Water - YouTube (3:31), filled with anger and rage.

The film transitions into a brief flashback scene as the court is preparing for video testimony from the young reluctant witness, who wants to send a message that she still loves the man who abused her, Ray (Ben Mendelsohn), who is being held on criminal charges.  That scene in itself is as jarring as the song, or the reckless sex in a club, or the passivity on display at home, where the introverted Una is quiet as a mouse.  A newspaper photograph shows Ray at work in a large manufacturing facility, which she decides to visit, saying nothing about it to her mother.  When she arrives at the plant, however, she’s noticeably nervous, vomiting in the bushes of a side entrance where she easily gains entrance to the plant, which has no security measures whatsoever, and allows anyone to enter the premises.  Like a fish out of water, all eyes are upon her as she asks for Ray, showing his picture, but that’s no longer who he is, as now he goes by the name of Pete, where he’s become a well-respected supervisor.  Already we’re getting mixed messages, as it’s hard to conceive how a convicted sex offender could rise to become so successful in his career.  Both politely retreat to a break room with glass windows and a door, where she angrily closes the door before confronting him about what happened fifteen years ago.  At this point it feels a bit like another play (turned into a film by Roman Polanski in 1994), Death and the Maiden, a Chilean reconstruction of a former raped and tortured female prisoner meeting the person years later who inflicted the torture, turning the tables, so to speak, altering the balance of power, exacting her own self-prescribed justice.  Instead, Una’s motives are not entirely clear, as they re-live their earlier experiences through flashbacks and an ensuing dialogue that allows them to personalize what they remember.  While both acknowledge their lives were ruined, having gone through hell afterwards, they’re strangely still engulfed in rhapsodic and even titillating feelings for one another, leaving one with a queasy feeling of unease and dread for having to endure any more of this.

Rather than any knock down and dragged out fight, everything takes place in plain view at a work facility, where there’s a weird moment when Pete is called away for an important meeting, one with ramifications, an apparent stepping stone in his rising career, leaving Una alone for a prolonged period of time in a strange place, where both appear shocked and bewildered at seeing one another again, where Pete goes off the rails at the meeting, clearly affected by her presence, walking out in a state of extreme embarrassment, perhaps leaving him subject to discharge, hiding from his superiors afterwards, as he’s unable to offer any explanation.  Whatever disconnect existed before becomes even more pronounced at this point, as we’re dealing with entirely extraneous material that is completely insignificant, having no bearing on the outcome, going off on a work tangent that’s probably not even in the original play, creating a feeling of being irreparably lost, as both instead become prisoners in an enormous work environment, hiding out together until everyone else has left the building.  By hiding out, it draws them closer together, both completely oblivious to what’s happening just outside their doors, telling themselves it doesn’t matter, lost in their own dream world as they revisit their shattered memories, even reconnecting a sexual fascination with one another, which only sends out more alarms that something clearly detestable is happening onscreen.  Instead of intimating a more intense reality, which is what most plays do, this one deteriorates before our eyes, becoming more outlandishly false and unbelievable with each developing step, where it’s hard to take anything seriously, as these two are clueless not only to their own existing realities, but to the world around them, including having something meaningful to offer to an audience.  Living in an extravagant home, his former life concealed apparently from his new family, Ray seems to have done all right for himself, where the so-called surprise ending isn’t much of a surprise, as the film, unlike the contemptible figure painted of James Mason in Kubrick’s LOLITA (1962), continually offers him sympathy.  While ostensibly a revenge saga at heart, this one doesn’t go there, though she has every reason to, but instead feels bogged down by the swirling effects of Stockholm syndrome, where the writer wants the audience, like Una, to identify with a sexual predator, and that’s simply not going to happen, spending too much time with her in that adolescent bubble of thinking this is the only guy for her, the only true fit, as otherwise she’s doomed to a life as an outcast.  No one benefits by experiencing that view, as nothing is truthfully addressed, with Ray continually refusing to identify as a sexual predator, which simply lets him off the hook.  Ugh.
Posted by Robert Kennedy at 12:02 AM