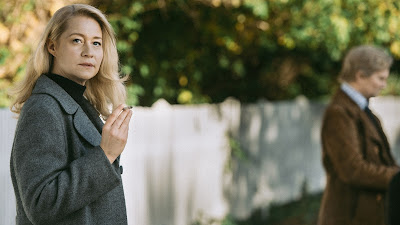 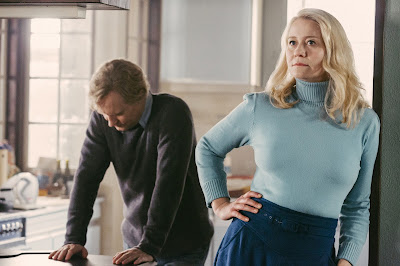 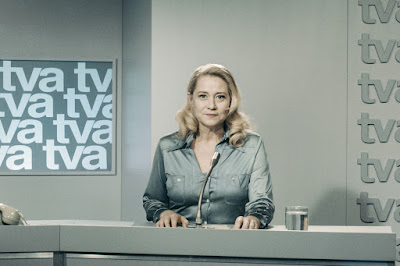 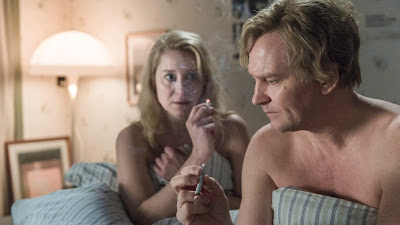 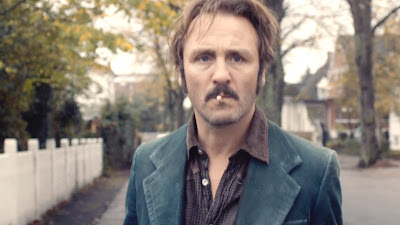 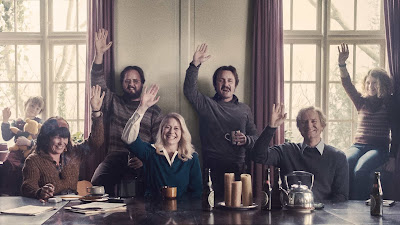 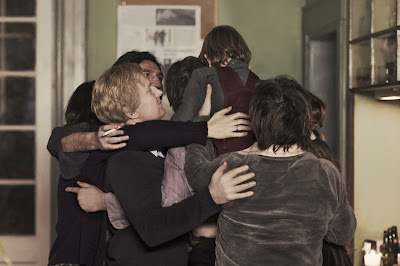 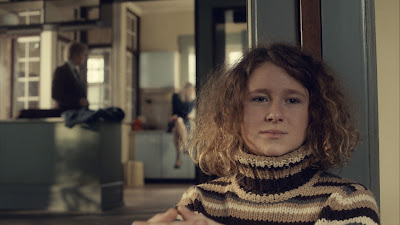 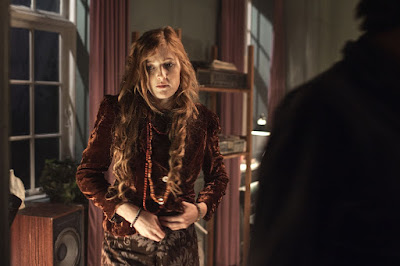 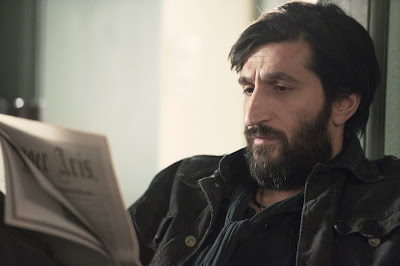 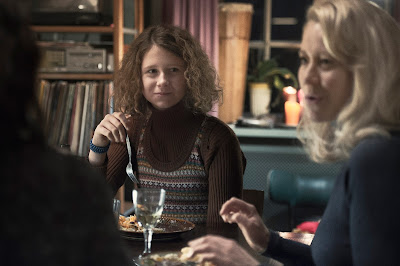 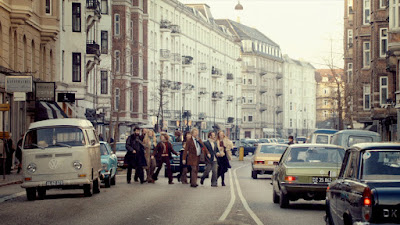 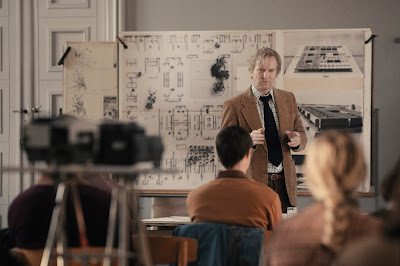 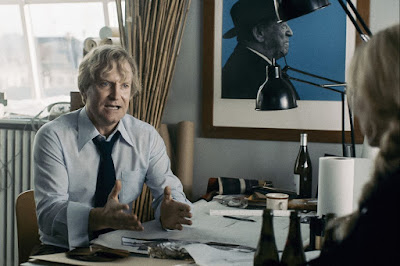 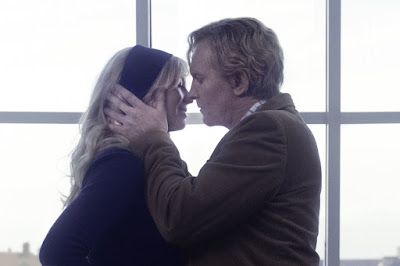 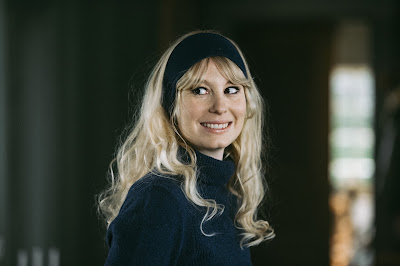 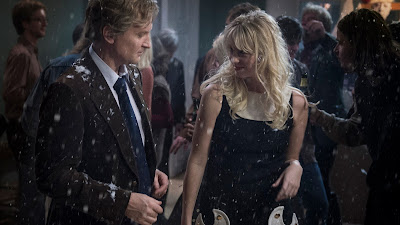 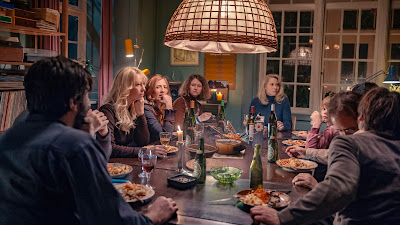 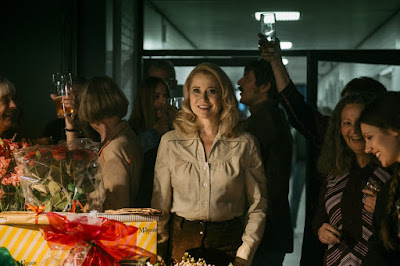 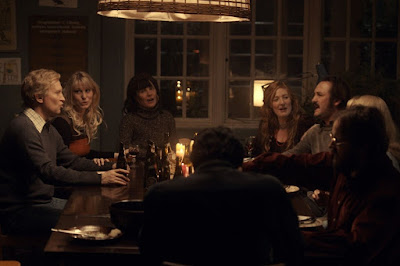 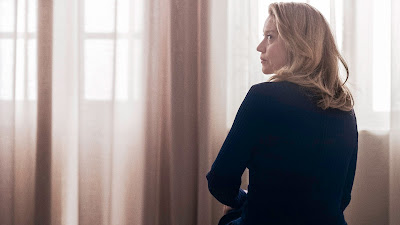 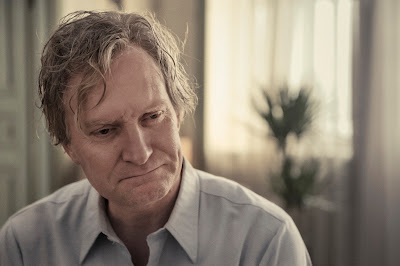 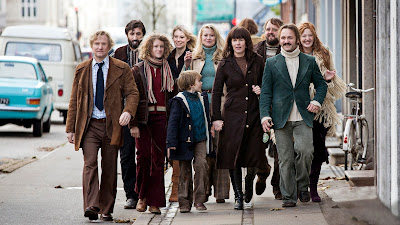 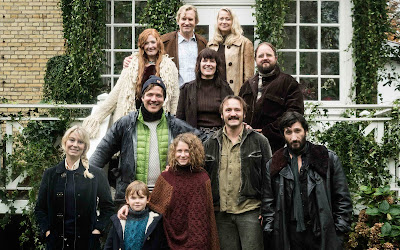 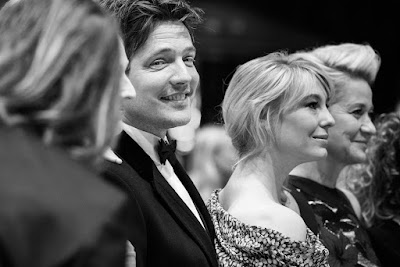 My whole life has been a very communal experience; growing up in a house full of happy hippies, having dinner parties three days a week, and going to Christiania, I was constantly surrounded by people celebrating community.  If you look at the films I’ve done, they all share that theme.
—Thomas Vinterberg

A Scandinavian movie about living on a commune back in the 70’s?  Lukas Moodysson’s Together (Tillsammans) (2000) comes to mind, where stylistically that was more of a social realist exposé, though it was no panacea either, despite what many might suggest, as that became more of a satiric commentary on the self-centered nature of the adults who all but ignore their children, too disposed to self-absorbed thinking, with barely a thought towards the spirit of a collective.  The Germans also took a stab at it with Dominik Graf’s Don't Follow Me Around (Dreileben 2 – Komm mir nicht nach) (2012), the weakest section of the Dreileben Trilogy, a chatty, dialogue-driven film that fell flat in its attempted critique of the bourgeoisie.  Matt Ross’s portrait of the last remnants of the 60’s counterculture, Captain Fantastic (2016), won the Best Directing prize of Un Certain Regard at Cannes 2016, and while initially daring, even that sold out big time by the end.  Actually the film that best succeeds isn’t even about a commune, Fassbinder’s THE THIRD GENERATION (1979), which instead portrays the comical ineptitude of the radical left, in particular an underground movement that is like the gang that couldn’t shoot straight, people who name-drop talk of revolution, including the right books, quoting the right phrases, going to all the important meetings and demonstrations, where the middle class actually turns radical action into a convenient lifestyle choice.  What was once spirited street defiance, confronting the government and the police through mass disobedience, has turned into a comfortable bourgeois lifestyle without any real ideology except self-centered indulgence.  One senses that the farther away from the actual times themselves leads to a more inaccurate depiction, though Vinterberg, one of the co-founders of the Dogme 95 Manifesto, and director of the 1998 film THE CELEBRATION (Festen), actually grew up in a commune, described as a Danish hippie community, living there for more than a decade until the age of 19, staying even after his parents divorced and left the commune, making this more of an autobiographical recollection of his youth.  His recent films, The Hunt (Jagten) (2012) and Far From the Madding Crowd (2015), have both been excellent, though nothing like the ferocious impact of his first.  Co-written with Tobias Lindholm (their third collaboration), a director in his own right, whose recent film A War (Krigen) (2015) was among the five finalists in the Best Foreign Film category at the Oscars, while his earlier film, A Hijacking (Kapringen) (2012), might have actually been better.  Together they take another walk down memory lane with open depictions of nudity and sex, yet with most of the subjects approaching forty, tied to successful careers, what they’re really experiencing is a midlife crisis with reverberations of the 60’s, where they’re trying to emulate the memories of their youth, with mental associations of free love, plenty of pot, not to mention everyone had shaggy hair and wore bell-bottom pants.  Music was the essential ingredient back in those days, as it was the politics of the counterculture.  But all that is past, as what we have depicted is a utopian idea that is just that, an idea, like building bomb shelters in the 50’s, one that outlives its usefulness.

Originally written as a play and performed in German theater, the story follows a group of surprisingly stable adults who get the cockamamie idea in the mid 70’s in Copenhagen to live together and share expenses, opening themselves up to a new world of Nordic possibilities, where responsibly looking after one another broadens the idea of what constitutes a family unit.  What gets the ball rolling is a funeral, where an established couple, Anna and Erik (Trine Dyrholm and Ulrich Thomsen), are seen browsing the empty home of Erik’s deceased father, with intentions of immediately putting it on the market, as it could conceivably fetch a million Danish kroners (equal to about $160,000 U.S. dollars).  Anna, however, has other ideas, thinking all they need is a few friends to pitch in with the costs and the home would be an ideal place to live, situated so close to the harbor.  Anna has been the face of television news for nearly two decades, while Erik is a professor of architectural design.   Together they have an introspective 14-year old daughter Freja (Martha Sofie Wallstrøm Hansen), and as they explore the idea of residing in the same large-scaled estate where Erik grew up, there are so many more rooms than what would suit their small family.  Languishing on the side of the bed, Anna admits, “I’m bored, Erik.  I need change,” which all but seals the deal, as even Freja is intrigued by the idea.  The introduction of the roommates is hilarious, with crisp dialogue sounding like something from early Woody Allen movies, where the comical connections are obvious, as the group hits it off straightaway.  Enter Ole (Lars Ranthe), a beer-drinking leftist who mutters, “You grew up here?  No wonder you’re so aloof.”  Together they add a free-spirited couple with a young 7-year old boy Vilads (Sebastian Grønnegaard Milbrat)) with a heart condition, who’s fond of saying “I’ll be dead by nine,” along with Mona (Julie Agnete Vang), who becomes infamous for an endless stream of one-night stands, and a Middle Eastern guy who admittedly has no money, Allon (Fares Fares), who barely speaks the language, but apparently likes the company of others.  Together this eclectic group makes little sense, but everything is expressed as a joyous liberation, an army that can stop traffic in the streets or go skinny-dipping off the pier.  A neverending flow of beer and wine seems to make everything harmonious, creating a party atmosphere that never ends.  Actually, those are the recollections of Vinterberg, whose childhood was filled with parties and joyous occasions, surrounded by plenty of happy people.  Soon, however, Erik grows grumpy, especially when he can’t get a word in edgewise, and he’s no longer the center of attention.  He seems to take it out on his students, where as an aloof and authoritarian professor, his arrogance knows no bounds—until he meets his match in a 24-year old third-year student who is literally half his age, Emma (Helene Reingaard Neumann, who happens to be the director’s wife, writing the part specifically for her).  Immediately, everybody starts sleeping around, where viewers are invited to stick around, as operatic consequences ensue.

In reality, Vinterberg left the commune to run off with the woman he eventually married, where it was a reaction against the chaos of the commune, growing calmer and more organized, exactly the opposite of what he was raised to do.  While much of this replicates the director’s own personal experiences, an unconventional childhood, the feeling of going against the grain, with slight variations, as Freja’s room is identical in every respect to Vinterberg’s own as a young teen.  Nonetheless, he does a good job of capturing the spirit of the times, recognizing the risks they were taking, much like his introduction in the mid 90’s, together with fellow Dane Lars von Trier, of the founding principles of the Dogme movement, where they were intent on doing things a different way.  With each there’s a kind of innocence about the purity of what they were trying to do, as unexplored territory is untainted and open.  That is, until people start screwing things up, which is inevitably what happens when humans get their hands on something.  The idea of couples growing tired of one another, or the need for exploring someone new, is as old as time itself, but what’s different here is how Vinterberg personalizes the descent, with Dyrholm providing a master class of emotions as the meltdown begins, feeling isolated and ignored, which is a public humiliation in a group setting, as there’s no place to hide, growing more and more distant and miserable, drinking more, filled with an anxiety syndrome and deep depression, accompanied by early onset signs of menopause.  Initially she puts on a brave face and even encourages Erik to bring Emma to their group setting, perhaps to keep an eye on her, but instead he spends all of his available time with her, leaving her utterly baffled by the experience as it all dovetails out of her control.  When there’s an initial group attempt to be understanding of the situation, thinking perhaps Emma’s arrival is only temporary, Erik has one of those tyrannical fits where he has to have his way, or else, as it’s his house, and he’ll either have his way or everyone else will be forced to move.  What’s uncomfortable is how little anyone helps or intercedes, as Emma joining the household is a constant reminder of Anna’s degradation and shame, where what’s most difficult to see is a place where youth and growing older intersect, as it leaves her powerless and disgraced, yet it goes on, with no intervention, eventually getting taken off the air, as she’s seen as too unstable.  With a humorous and rollicking ride for an introduction, all fun and games in the beginning, this veers into the melodramatic, feeling overly one-sided and blatantly unfair, where it all becomes so deviously cynical, forcing an outcome upon the viewers, much like Erik manipulating others to get his way.  In a strange way it resembles the game of strip poker, as the one most interested at the outset turns out to be the biggest loser, the first to be naked and exposed, unexpectedly uncomfortable without clothes.  With tragedy reaching epic proportions, who but Elton John provides the way with his song Elton John Goodbye Yellow Brick Road (album version) - YouTube (4:46).  Metaphors abound, as inevitably what’s lost here is innocence.  When that goes, with people wringing their hands, remaining paralyzed in fear and denial, there’s little left of that beautifully naïve thought that motivated them in the first place.  When the concept dies, they continue as if nothing happened, blind to their own defects, but with age and complacency the conservative element sets in, like an unstoppable virus.
Posted by Robert Kennedy at 12:00 AM